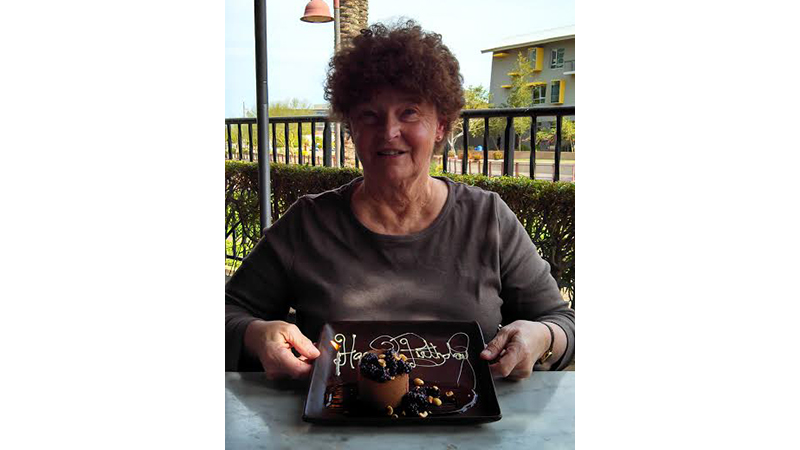 Patricia Lust has heard every question in the book about being born on Leap Day.

Originally having grown up on a farm in northwestern Ohio, Lust moved to Farmville after completing her doctorate in music from Indiana University to begin an exciting career as a music professor at Longwood University, a position she held for 37 years.

For Lust, growing up in the rural Midwest meant birthdays were no big deal, even Leap Day birthdays, and there was not much pressure to throw big celebrations when Feb. 29 came around every four years.

“You know, birthdays have not exactly been as big of a deal in my life as I have observed they’ve been in some other people’s lives,” she said. “Many years have come and gone without any celebration.”

However, there were some memorable parties.

She recalled her eighth birthday, her “second real birthday,” when she was in second grade. Lust originally believed that she was in some sort of trouble when her mother walked into the classroom, only to reveal two boxes of chocolate bars. Every student received an entire candy bar.

She described the candy as being an especially nice and rare treat back then. The event serves as one of her fondest birthday memories.

Although there’s no pressure to have a big birthday blowout, Lust said the arrival of Feb. 29 often triggers an influx of cards and phone calls that might not be as plentiful in other years, as well as the occasional surprise party.

Lust recalled spending one birthday with her sister in Cincinnati. She noticed her sister was cooking a little more food than necessary and thought nothing of it until family members and friends from three hours away began showing up at the door.

People often ask her if she ever celebrates in the style of her “real birthday,” such as having a birthday fit for a 9-year-old at age 36.

Although this isn’t a common occurrence, Lust did remember a time in which a friend had baked her a round cake with a doll in the middle to emulate a big, poofy skirt. The cake was perfectly fit for a child.

Sometimes people get the “real birthday” wrong. Lust remembered a year in which her private voice students at Longwood threw her a “sweet 16” party.

“Except they got it wrong,” she laughed. “I don’t remember if it was 14 or 15, but it was not 16 yet, but they threw me a party anyways because they had just calculated that I was older than I was.” Nevertheless, she enjoyed her sweet 16 party.

Lust said despite popular belief, she doesn’t encounter many difficulties with official documents or trips to the DMV.

Seventy-five percent of the time, of course, there are those years in which the birthday approaches and is gone within a second.

“On the 28th I’m not a year older, and on the first I am. At midnight it goes from the day before to the day after immediately,” she said.

This year, Lust plans to spend Feb. 29 at the La Parota restaurant in town. She’ll celebrate her “19th” birthday dining with close friends.