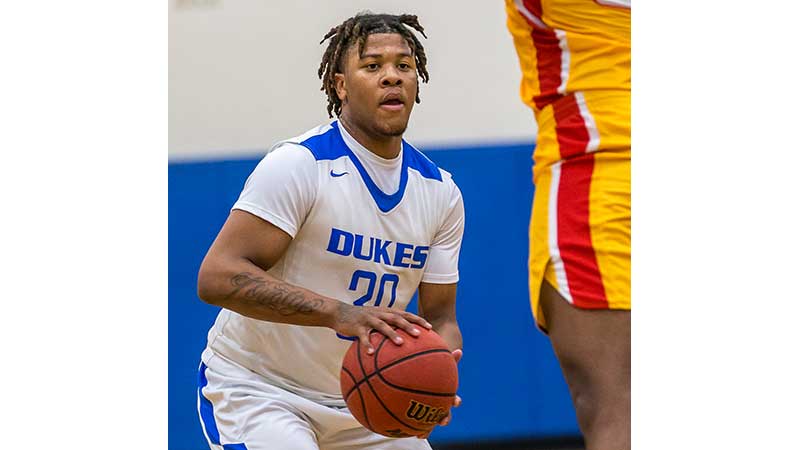 The No. 3 Dukes defeated visiting No. 6 Altavista High School 62-54 in the regional quarterfinals Tuesday night, Feb. 25, to advance to play host No. 2 Sussex Central High School in Thursday’s semifinals at 6 p.m.

“We played well in spurts,” Cumberland Head Coach Tyrone Mosby said of his team’s play Tuesday. “We still haven’t played to our full potential yet, I don’t think, but certain times of the game that we do play well, that kind of carries (us) over the hump.”

Cumberland is pressing on without its starting shooting guard, junior Kasaan Evans, who injured his knee in a regular season game against Goochland High School and is out for the season.

“So next man has to step up and be ready,” Mosby said. “I will say that I’ve been starting Caleb Cottrell about the last four games, and he’s been playing well, so that’s definitely a help.”

Mosby said Harris drew the honor due to his hustle and effort, while Marion’s athleticism and versatility helped him garner praise.