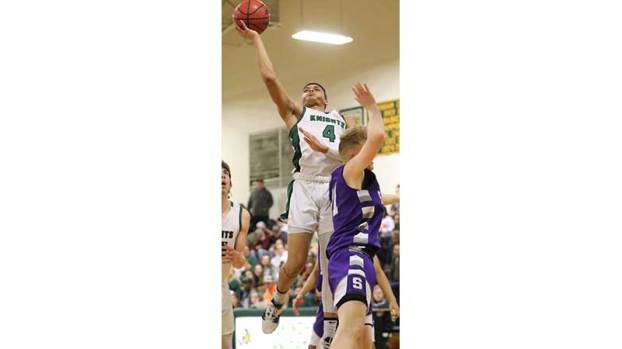 Buckingham County High School junior forward Xavier Copeland rises up for a layup Tuesday night, Feb. 25, during the No. 2 Knights' 61-36 victory over visiting No. 7 Strasburg High School in the Region 2B Tournament quarterfinals. (Photo by Titus Mohler)

The Knights now advance to the regional semifinals where a victory would clinch a berth not only in the regional championship game but also the Virginia High School League Class 2 State Tournament. Buckingham will host No. 3 Stuarts Draft High School in the semifinals Friday, Feb. 28, at 7 p.m.

Eagles stand out at state championship