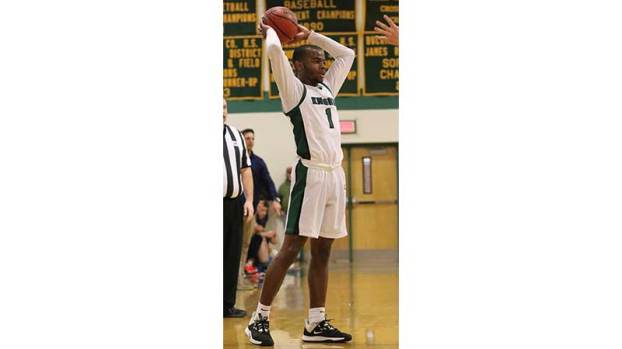 Buckingham County High School’s varsity boys basketball team visited Cumberland County High School Tuesday, Jan. 28, for another chapter in the schools’ “Battle of Route 60” rivalry. The Knights used a huge second half to return home with a 69-54 victory over an undermanned Dukes team.

“I thought it was really a game of two halves for us,” Buckingham Head Coach Taylor Boyers said. “I know we led by one after the first half, but I thought Cumberland really outplayed us in that first half.”

Due to illness and injury, the Dukes had only six players active, but Cumberland Head Coach Tyrone Mosby noted they played well the first 16 minutes to trail only 26-25 at the break.

“We were able to go into halftime and make some adjustments both offensively and defensively and came out, had a big third quarter,” Boyers said. “Our guys responded well to the adjustments and to the things we needed to do better in that second half.”

Mosby said he was not using his team’s small roster size as an excuse for the loss, though he acknowledged fatigue was probably a factor.

“I still feel like we could have played a lot better under the circumstances,” he said.

He hopes to have multiple players back from illness by Tuesday, Feb. 4, when the Dukes (7-7) visit Randolph-Henry High School (R-H) at 7 p.m.

The Dukes rule the district mat