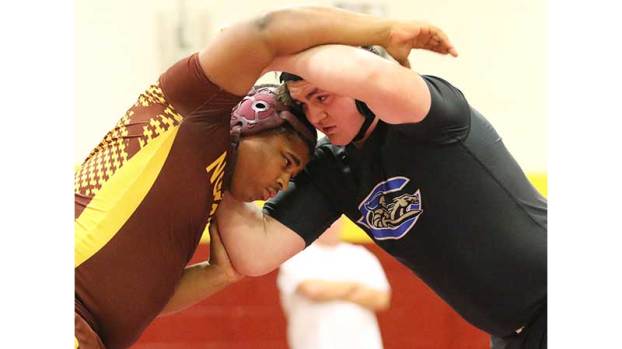 Cumberland County High School’s varsity wrestling team was well-represented at the 2020 James River District Tournament on Thursday, Jan. 23, at Nottoway High School, and the Dukes made their presence known on the mat where they produced three individual district title-winners on the way to clinching the tournament championship as a team.

This is the first time Cumberland has won the district tournament since 2013.

For more extensive coverage of Cumberland’s performance at the district tourney, see the Wednesday, Jan. 29, edition of The Herald.

‘A whole lot of heart’