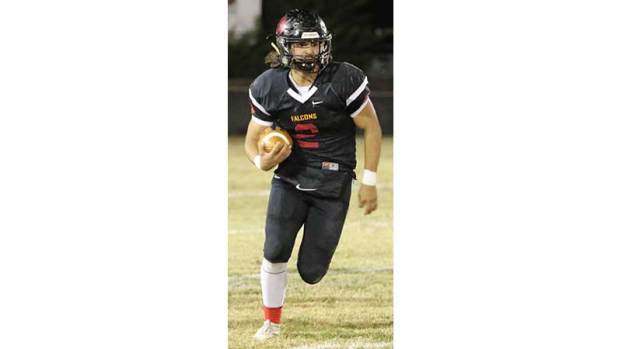 Fuqua School’s varsity football team earned the 2019 All-Battlefield Conference recognition worthy of the Falcons’ status as conference champions, drawing 22 selections, including 11 on the first team, with Fuqua senior Elijah Warner being named the conference Co-Player of the Year.

The Falcons went 9-2 during the 2019 season, including going 5-0 in the conference during the regular season.

Reflecting on his team’s haul of accolades after winning the conference regular season title, Fuqua Head Coach Ben Manis said, “That’s kind of what you expect. Again, if you’re Bill Belichick and you’re not coaching very good guys, you can’t win but so much, so again, props to them. The kids are the ones on the field making it happen — great group of kids and a shame to see some of them go.”

Graduation will claim a key group of players led by Warner.

Warner noted that earning the Player of the Year honor “meant a lot to me, and it’s been one of my goals for my four years of high school, but I couldn’t have done it by myself. We had a great group of boys this year. They really made my last football season special.”

Of Warner, Manis said, “He played really well this season, really grew both as a leader and as a  player. … The fact that he shared the conference Player of the Year award with the kid that ended up winning the state championship really shows the respect the other coaches had for him.”