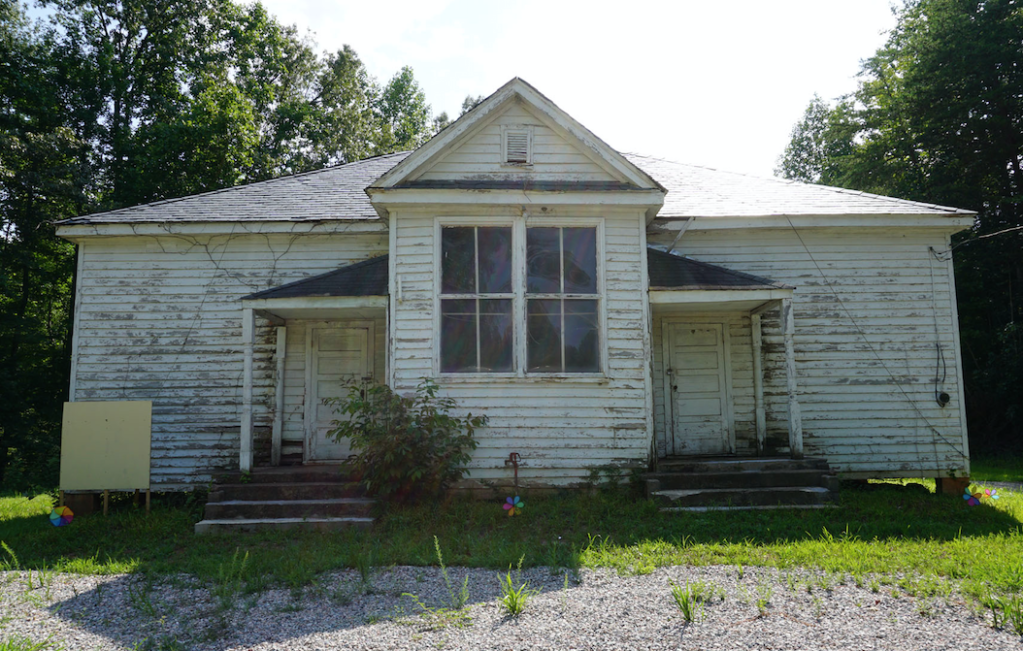 The Pine Grove School in Cumberland County was recently named one of Virginia’s seven most endangered historic places by Preservation Virginia. (Photo courtesy of The Virginia Department of Historic Resources)

Pine Grove Elementary School of Cumberland was among 16 historic sites added to the Virginia Landmarks Register on Thursday, Dec. 12, at the quarterly meeting of the Department of Historic Resources (DHR).

According to DHR, the school, constructed in 1917, was one of six schools for African American students built in Cumberland County that are associated with the Julius Rosenwald Fund. Philanthropist Rosenwald and Booker T. Washington established the fund to improve educational opportunities for African American children in the American South.

“They envisioned schools being built by blacks, for blacks in collaboration with counties, municipalities and the Rosenwald Fund,” explained Branch in reference to the fund’s founders. “In 1916, black citizens in the Pine Grove community petitioned the Cumberland County to build a school for their children with the understanding that they could secure the land on which to build and contribute a sizable amount toward the cost of building a school.”

According to Branch, four acres of land were deeded to the county in 1916 by William and Olivia Miller, and sufficient funds were raised after contributions of $1,000 from the county, most likely from taxes, $500 from African American residents and $50 from the Rosenwald Fund.

Branch herself attended Pine Grove from 1948-1954 and walked approximately three and a half miles each day to get to school. She cited that the building served as the “hub and heartbeat of community life” in the local community, hosting holiday programs and plays, oratory contests, spelling bees, black history programs, community meetings and many more events during its existence.

“The recent official designation of Pine Grove Elementary School as a national historic landmark is an accomplishment that is not only almost unbelievable in terms of its great significance, but also extremely gratifying and emotionally uplifting to personally me for various reasons,” said Michael.

Michael explained that he attended Pine Grove from the first to the fifth grade, along with his sister and current Cumberland County Commonwealth Attorney Patricia Scales until the school’s closing. Michael’s mother, the late Betty G. Scales, was his teacher at Pine Grove and was the sole teacher of the seven grades of students that attended during that time period. Betty herself attended Pine Grove in her elementary school years and was taught by her own mother, Mary Booker Gilliam, who taught at Pine Grove for over three decades.

Additionally, Michael’s late father, Robert L. Scales, spearheaded the establishment of Pine Grove as a community center. Pine Grove closed in 1964 and most African American students enrolled in Luther P. Jackson Consolidated School on Route 60, another historically black school. In the same year the county sold the Pine Grove building by auction. According to the Cumberland County Historical Bulletin’s October 1992 issue, “The only bidders were a group of black community leaders who acquired the building and four acres of land for $600.” Thus Robert founded the Pine Grove Community Center, used regularly for activities sponsored by the Central Piedmont Action Council.

According to Branch, renewed interest in the school grew throughout the community and in 1991 the center sponsored its third homecoming reunion/ Thanksgiving weekend.

Branch stated that the AMMD Pine Grove Project, formerly the AMMD Family Association, began a “second rescue” of the school building after learning that the school was going to be auctioned for delinquent taxes. “Within a week, family, community members and friends raised the necessary funds to pay the taxes and save the school,” added Branch.

Branch also stated that the AMMD Pine Grove Project later learned of the proposed Green Ridge Recycling and Disposal Facility to be built adjacent to Pine Grove, motivating the group to formally organize “to protect and preserve the historical and environmental integrity of the school and the community.”

The Herald reached out to Green Ridge representative Jay Smith for comment regarding the landmark designation. “We are aware of the importance of this school. In fact, the management team of Green Ridge has offered on many occasions to provide financial assistance with the restoration of the school. That school has sat in disrepair for years — maybe decades — and little effort was given to its preservation until the landfill project was proposed. We are glad that our project has led to renewed interest in Pine Grove School,” stated Smith.

“I was overwhelmed,” said Branch in reference to the school’s official historic standing. “Finally, my school and my community, my beloved community, was receiving recognition of not so much what we had done, but what our ancestors did. And so for me, it was more of an honor for what they did, building the schools and community of churches out of nothing. This is more of a monument to them than to us.”

More information on the school can be found at dhr.virginia. gov/historic-registers/024-5082/