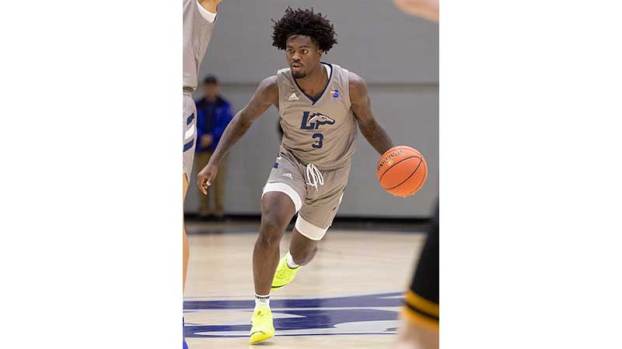 A gut-check win in Florida

Officials said in the release that backed by season highs of 24 points from Shabooty Phillips and 21 from Jaylon Wilson, the Lancers pulled out a 76-72 gut-check win over Stetson University in a return to form that saw second-year Head Coach Griff Aldrich’s Lancers squad turn in one of its best all-around performances of the season.

In the first game following an eight-day break for exam week, Longwood hit 11 three-pointers, shot 84% from the free throw line and forced stops on five of Stetson’s final seven possessions to emerge from a back-and-forth battle that featured 10 lead changes, the release noted.

“How much did we need (the win)?” Aldrich said in the release. “Well the sun’s coming up tomorrow if we don’t get it, but the reality is it’s important. The guys are fired up. They have real potential, and we just have to keep working and keep getting better consistently.”

The release stated that the victory snapped a five-game skid for the Lancers that was the longest of Aldrich’s tenure and came at the end of a stretch of six consecutive road games.

Longwood University’s women’s basketball team secured its third victory of the season as the freshman duo of Kyla McMakin and... read more