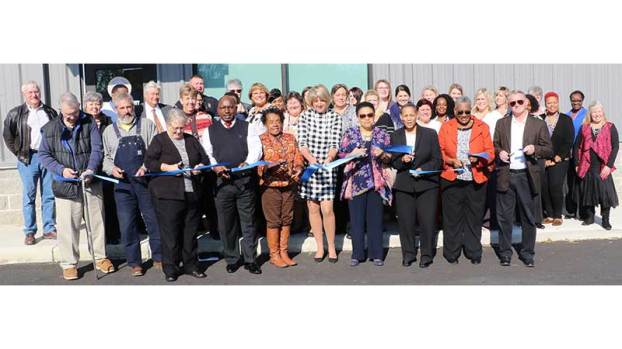 The Prince Edward County Department of Social Services (DSS) hosted an open house and ribbon-cutting ceremony for the public Wednesday, Nov. 20, at the department’s new location, 56 B SMI Way off of Industrial Park Road in Farmville, a county press release noted.

Officials in the release highlighted that the new building was constructed by the county to accommodate for the growing staff and services offered.

“We are so proud of the completion of the new DSS building and how well it fits the needs of the employees and the citizens who receive services,” Wilck said in the release.

Prince Edward County DSS is one of the 120 local social service agencies in the Commonwealth of Virginia, the release cited. The mission of the agency is to help people triumph over poverty, abuse and neglect to shape strong futures for themselves, their families and communities.

Officials stated in the release that there are more than 4,392 people — 23% of the population — living in poverty in Prince Edward County, according to the Local Department of Social Services Profile Report for State Fiscal Year 2018 (SFY 18). This includes 1,000 children below the age of 18. Prince Edward County and Southside Virginia have some of the highest poverty rates in the state.

Roma Morris, director of Prince Edward County DSS, said in the release, “Our workers strive to offer family support in requesting the services and benefits the family needs, as well as to assist the family in finding their own solutions. We also work collaboratively with community providers in service delivery.”

Many bridges across multiple counties are seeing a change in their weight limit signs after a statewide evaluation by Virginia... read more