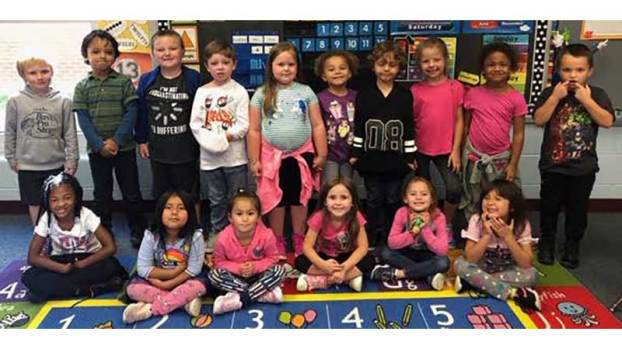 Cumberland County Public Schools (CuCPS) held its annual Walk for Education on Sept. 27, raising funds and bringing together students for a good cause.

CuCPS holds the Walk for Education every year in order to help raise money to provide grants to teachers in the elementary, middle and high schools that need additional supplies than what is provided in the school’s budget.

Under the leadership of Principal Virginia Gills, Glenda Grubbs and Emily Overstreet, the elementary school brought in a total of $1,000.55. Mrs. Hare’s kindergarten class raised the most money and the entire class was awarded with a pizza party.

Led by Mr. Camden and Mrs. Mattison, the middle school managed to bring in $569.02, with Mr. Hill’s class winning the title of highest funds raised. Students Anthony Worrell, Aiden Coleman and Demacieo Lewis turned in the most money and each received a free pizza.

The high school, lead by Principal Eugene Williams, raised a total of $446.50. The ninth grade earned themselves a pizza party by bringing in the most money, and top fundraisers Addison Meinhard, Breanna Thornton and Brandon Beverly also won free pizzas.

In addition to help from the students, the school district also received fundraising help from the community, including Sharon Baptist Church, Mt. Olive Baptist Church, C & F Bank, Pat Scales, Joanne and Van Petty and the Cumberland Woman’s Club. The Woman’s Club, in memory of Ida Sue Sewell, gave an additional $1,182. Pat Allard and the Appomattox River Riders brought in $772 for the Cumberland High School Agriculture Program, bringing the grand total of funds raised to $4,310.07.

The day provided students with beautiful weather for walking outside, as well as many, many pizza slices.

Teacher and nurse of the month