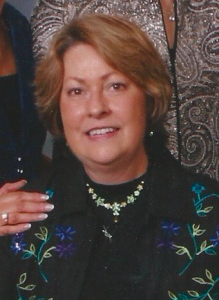 Patricia McKay Harden, 70, of Richmond, Virgin- ia, passed away peacefully at home on Wednesday October 16, 2019. She was surrounded by her fami- ly and compassionate companion and caregiver.

Patti was born on September 19, 1949 in Farm- ville, Virginia, the daughter of the late Billy and Ruby McKay. She was married to Dr. Russell S.

Harden for 48 years. Patti graduated from

Prince Edward Academy in Farmville, Virginia and was in the first graduating class at Averett College with a degree in Educa- tion. She passionately taught first grade at The Collegiate School from 1987-1996. She then man- aged her husband’s dental practice until 2017. Her

creativity and love shown in all aspects of life and she will be deeply missed by all.

In addition to her husband, she is survived by her daughter and son-in-law, Sydney and Glenn Harvey of Charleston, South Carolina; grandchil- dren, Keller and Reed Harvey of Charleston, South Carolina; and brother and sister-in-law, Walter McKay and Nancy McKay of Farmville, Virginia. Patti was preceded in death by her son, Scott W. Harden on March 27, 2000.

A family graveside service will be held at a later date in Hollywood Cemetery. In lieu of flowers,

contributions may be made to the National Institute of Neurological Disorders and Stroke (NINDS).

Gladys Baber Berlin, 78, of Cartersville, Va. passed away October 17, 2019. She was preceded in death by her parents,... read more