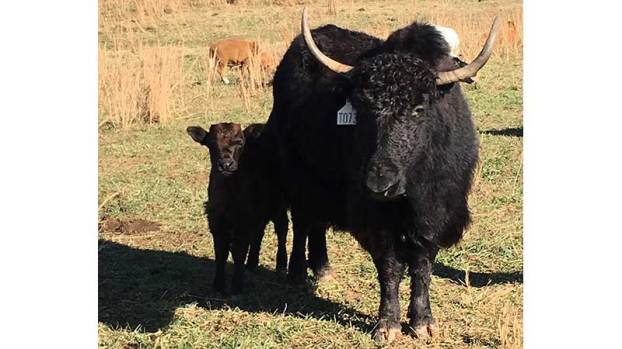 A Buckingham family is facing hardship after its missing yak was struck and killed by a vehicle Friday.

Robert Cissell, owner of Nature’s Bridge Farm in Buckingham, was taking two Tibetan yaks to town for processing on the morning of Sept. 10. While in Nelson County and preparing to merge onto Route 29, Cissell stated that he looked in his rear view mirror to find one of the yaks, Meteor, walking behind his truck.

Despite tips from locals and efforts from animal control officers, the yak evaded capture for more than two weeks before being struck by a motor vehicle on Friday.

“This morning we received a call that Meteor had been hit by an unidentified motorist and was severely injured,” Cissell wrote in a Facebook post Friday. “By the time we could reach the scene, he had succumbed to his injuries. The driver did not stop nor notify anyone of the incident.”

Cissell added, “Our greatest fears all along have revolved around his proximity to a major highway. We have spent untold hours searching the fields, forests and mountains around the county, assisted by local authorities, veterinarians, and other community members, who gave their time and energy to try and help us bring Meteor home safely. Meteor has been brought home to our farm, and laid to rest in a private location. His spirit is now free and has taken flight.”

When asked about how Meteor managed to escape from the trailer, Cissell noted that the slide gate on the back of the trailer had somehow been opened. A closer look revealed that the spot where the gate’s locking pin should be was bent out of shape.

The event has caused an uproar in international media, and has caused the Cissell family a significant amount of distress.

“It’s a great story, when you can read it from an armchair,” Cissell initially wrote in a Facebook post Sept. 15. “It’s the movie Ferdinand, come to life, with an exotic animal that most people know nothing about. Disney couldn’t have written it any better.”

According to Cissell, many people made aware of the family’s story via international news headlines had originally found humor in the tale of a yak that evaded slaughter at the last second.

Cissell’s Sept. 15 Facebook post continues, “When you’re a small family farm working hard day in and day out to raise clean, healthy food in a humane environment, this is a major loss. The story is not so funny then.”

In 2018, Cissell left his full-time position as an IT worker and began dedicating his time to opening and operating Nature’s Bridge Farm. He, his wife Mackenzie and their four children raise the Tibetan yaks, as well as Scottish highland cattle and sheep.

“Mackenzie and I both run businesses from home, a farmer and an artist, so this situation has definitely been stressful and a distraction, but together we are handling it and not letting it stop us from working hard to achieve our goals,” Cissell said.

The family, along with many of their close friends, often participate in the farmers markets of Charlottesville and Farmville.

Cissell originally stated that he and his family no longer had plans to slaughter Meteor upon his possible return to the herd.

According to Cissell, the farmer and his family take great pride in the thought and care that they put into raising the animals on their farm. They want to raise awareness about healthily-raised local meat.

“Most small family farms in the U.S. are humane and ethical when raising their own cattle and other animals. When the vast majority of those cattle are sold to the major feedlots and processors, the humane treatment becomes an afterthought to economies of scale and efficiency.  Animals are crowded into environmentally disastrous pens with little room to move, given a steady diet of antibiotics along with subsidized feed to maintain health in unsanitary conditions. The major feed suppliers can pay artificially low prices for the corn and soy they use for feed, and American taxpayers are left to pick up the difference to cover the price which the government guarantees to large scale industrial farms.”

Cissell added, “There are no extra payments coming in to supplement local family farms when a drought kills the grass and they need to buy extra hay to survive. Locally raised meats also allow you to meet your farmer, and in many cases even visit the farm itself. The meats are not shipped all over the country and even around the world before reaching your plate.”

Despite their loss, the family hopes that their international fame can be used to help a friend in need.

In 2017, Cissell’s son Remy suffered kidney failure. The difficult battle involved a two-week stay in the hospital that left Robert and Mackenzie away from their farm and three other children. Family friends of the Cissells, Liv and Eric, took care of the children and allowed the family to dedicate their attention toward Remy’s health.

However, while Cissell was out combing the woods for any sign of Meteor on Sept. 12, Liv was rushed to the hospital with acute appendicitis.

Cissell said, “Liv is an incredibly giving person and she and Eric were awesome during Remy’s illness. She’s a farmer, gardener, artisan, baker, etc., and is usually found on Saturdays at the Farmville Community Marketplace. … High medical bills can be devastating to anyone without insurance, both in the short and the long runs, so anyone who is able to help Liv in her time of need is greatly appreciated.”

Cissell added in his Friday Facebook post, “Meteor’s story has brought a lot of attention to our farm and our family. We did not seek out this attention, which has been both positive and negative. To those who have taken the time to hear our story and engage us in constructive dialog, even where our opinions differ, we thank you. Being able to disagree, but do so civilly and without rancor, allows us to be our best selves, and in this time of pain and tragedy, it lifts our spirits. At this time, we ask for privacy and understanding. It’s hard to say our lives will just go back to normal, but we must make the effort, especially for our children.”

Donations to Liv’s Go Fund Me can be made by going to https://tinyurl.com/livfundraiser or by going to gofundme.com and searching “Liv’s Recovery Fund.”