Diana McMakin Dodson, 53, of Crofton, MD passed away unexpectedly from a massive stroke on Sunday September 22, 2019 at George Washington University Hospital. Surviving are her 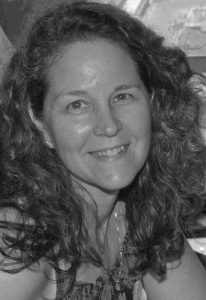 Diana graduated from Prince Edward Academy as co-Valedictorian in 1984 and in 1988 she graduated with distinction from The University of Virginia. In 1998 she received a Master of Science in Software Engineering Administration from Central Michigan University.

Diana worked over 24 years with the Dept. of Defense. She was very involved in Elizabeth and Jessica’s school, robotics club, music and sports activities, volunteering as chaperone, coach and mentor at Crofton Woods Elementary, Crofton Middle, and South River High School.

In lieu of flowers, donations may be made to the ALS association or an animal charity. Family will receive friends on Friday, October 4, 2019 from 6 p.m. to 8 p.m. at Beall Funeral Home, 6512 NW Crain Hwy. (Rt 3 South), Bowie MD. There will be a service for Diana on October 12 at 1pm at the Christian Community Presbyterian Church in Bowie. Please view and sign the family’s guestbook at: www.beallfuneral.com.