Carol Henderson, pianist, organist and choir director, loves choral music. Named artistic director of the Commonwealth Chorale this summer, Henderson sees her new role as another opportunity to share her love of music.

Henderson lives a little over an hour’s drive from Farmville in Buffalo Junction in Mecklenburg County.

“My husband and I love it there,” she comments. “It’s very small, but filled with very nice people.”

Buffalo Junction, named for the railroad junction that once thrived there, is the latest stop in Henderson’s musical journey.

“It all started when I was about 3 years old,” she explains. “I went to my grandmother’s house one day and declared that I wanted to learn the piano.”

Henderson started piano studies, and as a consequence, learned to read music before she could read words.

“Music’s in my bones,” she says with a smile.

Violin making was the family business.

“I was born and raised in Chicago,” she says. “Our home was near Wrigley Field, and the family shop was on the second floor.”

Henderson has a brother and sister still in the business.

“My brother is a luthier,” she adds. “He’s qualified to make or restore violins, violas and cellos.”

Henderson moved east in 1982 when her husband was transferred to New York.

“We settled in New Jersey, 45 minutes from Princeton, where Westminster Choir College is located,” she relates. “I had always wanted to learn to play the organ. My children were 2 and 5 at the time, so I started going to Westminster part time.”

Over that summer she took courses on conducting and leading church choirs and earned six credits. She also started taking organ lessons.

“It took seven years to get my undergraduate degree at Westminster, but I was also tutoring music theory, teaching piano at home and working part time at a church,” Henderson notes.

In 1998, when her husband began making plans for early retirement, Henderson decided to go back to Westminster for her master’s degree.

“I finished in three semesters,” she adds with a note of pride.

In 2000 the couple moved to Buffalo Junction. Retirement, however, was not in the picture for Carol.

“I took a job at a church in Raleigh, North Carolina and worked there eight years,” she relates. “It was a big job. I had seven volunteer directors and an organist working for me. We also had a hand bell choir, church choir of about 30 and a youth choir with 50 singers.”

When another opportunity beckoned closer to home, Henderson took the position of organist and choir director at St. Johns Episcopal Church in Clarksville.

“During the seven years I worked there, we developed a successful concert series,” she adds.

Since January of this year, Henderson has served as organist and choir director at Clarksville Presbyterian Church.

“I love working there,” she adds.

Henderson is also excited about directing the Commonwealth, now in rehearsal for its Christmas concerts featuring Handel’s “Messiah” and Vivaldi’s “Gloria.”

“I look forward to working with these singers,” she concludes. “The Commonwealth Chorale is important to this community, and I appreciate the opportunity to be a part of it.” 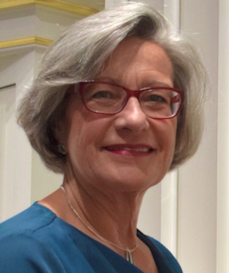 The Central Piedmont Chapter of the Virginia Master Naturalists is now recruiting members for a potential winter/spring training course which... read more