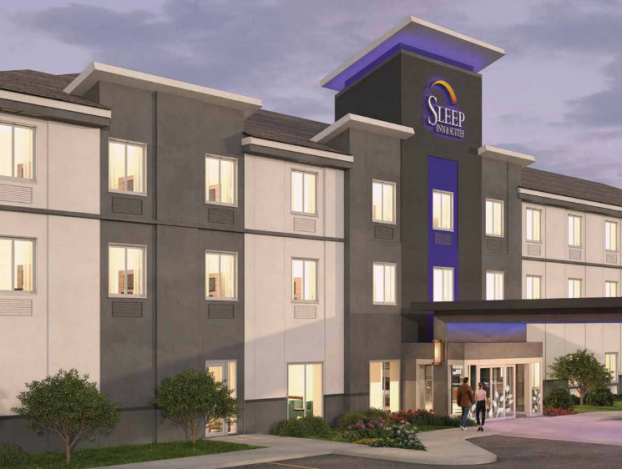 The Buckingham Board of Supervisors voted unanimously to grant 3.5 acres of land to NHN, Inc. to construct a Sleep Inn Hotel in Dillwyn.

Board grants land for hotel

At its monthly meeting held Oct. 15, the Buckingham Board of Supervisors (BOS) voted to grant 3.5 acres of land to NHN Inc. to construct a 55-room Sleep Inn Hotel in Dillwyn.

At the September BOS meeting, County Administrator Rebecca Carter presented the Board with an updated proposal for the franchise after originally presenting an incentive package to the Board for a 25-bedroom motel.

After hearing Carter’s updated proposal for a 55-room Sleep Inn Hotel, the BOS authorized a public hearing regarding the proposal to be held at its Oct. 15 meeting, where the board voted unanimously to approve the transfer of 3.5 acres of county-owned land to NHN, Inc.

The hotel will be located beside the Dillwyn Waste Site on State Route 750, Wingo Road.

When asked what the next step will be following the land transfer, Carter stated, “Our county attorney will draw up a contract with all of the stipulations put in place. Once that’s all agreed to, as the board has agreed to it, then we will move forward to transferring the land and they will start the project.”

“They’ve already had a site developer up there to look, to see what all will need to be done pending that it was approved,” Carter added, “So I think they’re pretty much ready to go.”

Carter added that the county attorney will draw up a contract to protect the county in case the project falls through.

The BOS agreed to consider certain incentives presented by Carter for the hotel’s establishment in the county. The total proposed incentive package being considered for taxes and property was approximately $124,900.

The incentives involve a percentage of tax abatement for the property over a four year period, with total abatements amounting to approximately $89,900.

Incentives also involved a cost not to exceed $40,000 in order to bring water and sewer lines to the property line. Carter explained at the September meeting that a $1,000 per unit facility fee paid by the business and totaling $55,000 would offset this cost.

Carter stated that the county would recover all incentives from NHN, Inc. by year six.

Carter said that these proposed tax incentives for the hotel will have to be approved by the Industrial Development Authority (IDA). She added that Assistant County Administrator and Finance Director Karl Carter will call the meeting with the IDA, although a meeting has not yet been scheduled.

Units from the Arvonia, Cumberland and Macon District volunteer fire departments responded to a fire on the morning of Oct.... read more