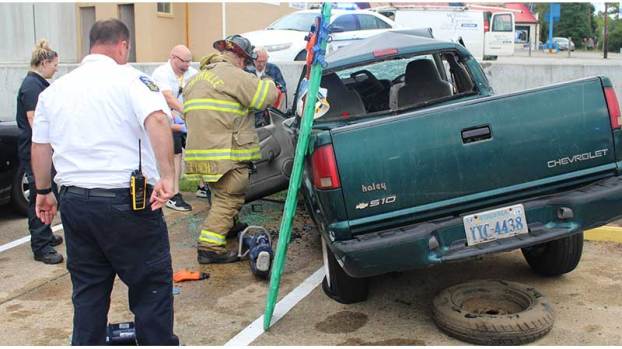 A man was hospitalized following a single-vehicle accident Aug. 27, that occurred in the 700 block of Main Street, Farmville. According to Farmville Fire Chief Dean Farmer a GMC pickup truck left the roadway and struck a wall pinning a man inside the vehicle. “Farmville Fire Department and Prince Edward Rescue Squad responded to the call and extracted a man from the vehicle who was then transported to Centra Southside Medical Center.” Farmer said Tuesday the condition of the driver isn’t known.

In an ongoing effort to promote unity and raise awareness of a proposed compressor station to be located in Union... read more