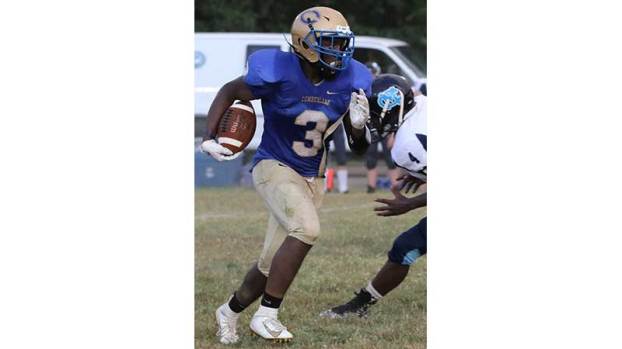 Cumberland County High School’s varsity football team improved in some areas but struggled in others Monday night, ultimately falling to 0-2 for the year with a 40-0 loss to visiting Middlesex High School.

Though they were shut out, the Dukes showcased ability to move the ball on offense, benefitting from long gains on the ground.

The coach noted that like with his team’s first game this season, he is not questioning his players’ effort.

Cumberland contest against the Chargers was being played Monday because Middlesex was out of school Friday, Sept. 6, due to severe weather.

Junior Jaydon Pompey finished with six tackles and one fumble recovery, while senior Trevor Dayton and sophomore Keyshawn Faurcard had one sack apiece.

“We’re getting there in baby steps,” Paras said. “Like I said, we fixed one thing, something else popped up. So, now we’re going to address that, and hopefully we won’t make those same mistakes on Friday.”