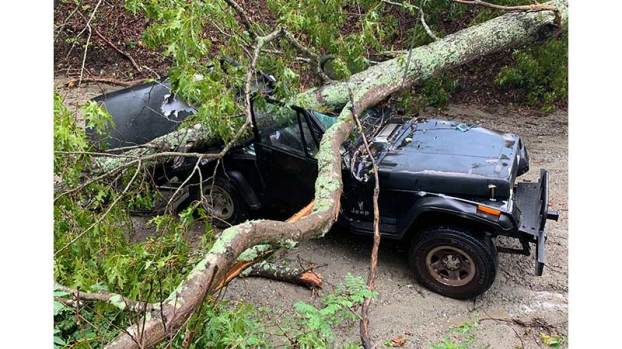 Tree lands on car after storm

The driver of a vehicle that was damaged by a fallen tree Thursday on Oak Forest Road was taken to the hospital. According to Cumberland Volunteer Fire Department (CVFD) Chief Bradley Ingle, the incident took place close to 2 p.m. The person was inside the vehicle at the time of the incident, according to CVFD officials. Ingle said the driver was out of the vehicle when first responders arrived, and the driver was transported by Cumberland Fire & Rescue to the hospital.

Ingle said the tree was believed to have fallen due to heavy storms coming through the county that started approximately 1 p.m. and lasted approximately an hour. CVFD had not received an update on the driver’s condition as of Friday, according to Ingle.

Wednesday brought the beginning of the 2019-20 school year for Fuqua School. The day was marked by smiles, the reunion... read more