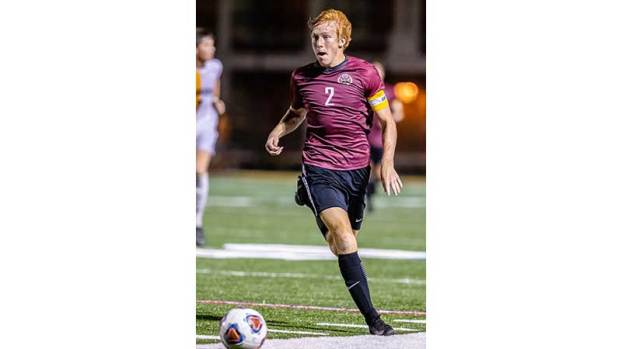 “We couldn’t be more excited for the upcoming season, and as always we are playing some of the top teams in the region,” said DiNuzzo, who enters his third season at the helm of the H-SC soccer program. “With a large number of returning players, we see this fall as an excellent opportunity for us, and putting together a memorable year would be an appropriate way to celebrate H-SC soccer’s 50th season.”

Hampden-Sydney will open against Johns Hopkins University, playing in the UMW Classic in Fredericksburg on Friday, Aug. 30, at 2:30 p.m., officials cited in the release. The Tigers fell 2-1 against the Blue Jays in last year’s season opener. Action wraps up opening weekend with a contest against North Carolina Wesleyan College on Saturday, Aug. 31, at 2:30 p.m.

The release continued by stating that the Tigers play their home opener on Wednesday, Sept. 4, against Mary Baldwin University at 7 p.m. This is the first year of varsity competition for the Fighting Squirrels. H-SC returns to the road for the final tournament of the season, traveling to Haverford College in Pennsylvania for the Jimmy Mills Tournament on Sept. 7-8. The Tigers will open with a contest against The College of New Jersey before closing out the weekend versus host Haverford the next day.

Returning home, the Tigers will play two of their next four games at Hellmuth-Gibson Field, the release highlighted. Averett University visits H-SC on Wednesday, Sept. 11, at 7 p.m. A year ago, the Tigers won a 4-1 contest in Danville. H-SC will travel Saturday, Sept. 14, to Buena Vista to take on the Knights of Southern Virginia University at 3 p.m.

Officials next noted in the release that Marymount University visits the Tigers on Saturday, Sept. 21, at 6 p.m. The two teams last met in 2017 with H-SC shutting out the Saints, 5-0. The Tigers will then travel to Guilford College on Wednesday, Sept. 25, for their last road non-conference matchup of the season at 7 p.m. Despite the Quakers being a fellow ODAC member, the contest will not count toward the ODAC standings.

Randolph-Macon College visits campus on Saturday, Sept. 28, at 7 p.m. to open ODAC action for H-SC, the release cited. The match takes place on Family Weekend as the Tigers celebrate their program’s 50th year of competition. Shenandoah University comes to campus on Wednesday, Oct. 2, at 7 p.m. The match with the Hornets is the second one against an ODAC member that will not count toward conference standings.

The Tigers return to ODAC play on the road starting with a trip to Bridgewater College on Saturday, Oct. 5, at 2 p.m., officials said in the release. The Eagles finished as ODAC Tournament runners-up a year ago. H-SC concludes the quick road swing with a visit to Virginia Wesleyan University on Wednesday, Oct. 9, for a 2 p.m. match.

After the pair of away contests, the Tigers return home Saturday, Oct. 12, at 7 p.m. for their homecoming game against the University of Lynchburg, according to the release. A week later on Saturday, Oct. 19, the Panthers of Ferrum College visit for a 7 p.m. ODAC contest.

The release stated that H-SC will hit the road for the last time in 2019 with a pair of away ODAC matches. The Tigers will first travel to Emory & Henry College on Tuesday, Oct. 22, for a 6 p.m. contest before visiting Eastern Mennonite University on Saturday, Oct. 26, at 7 p.m.

H-SC closes out the regular season with a home game against Randolph College on Tuesday, Oct. 29, at 7 p.m., officials stated in the release.

By Chris Cook LongwoodLancers.com From high school baseball to the big leagues, the pitcher’s rubber to the back point of... read more