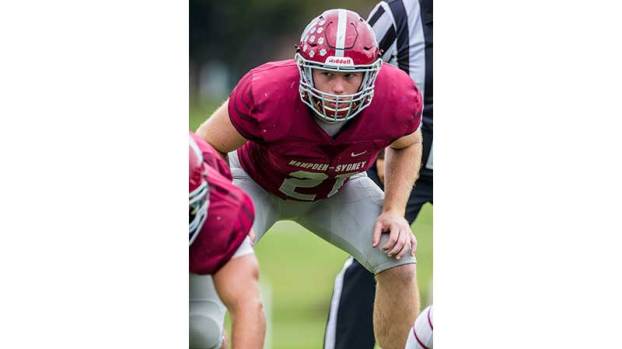 Hampden-Sydney College (H-SC) has been picked third in the 2019 Old Dominion Athletic Conference (ODAC) Football Preseason Poll, a recent press release cited. The Tigers, who finished 4-5 overall and 4-3 in the ODAC for second place in the conference last year, garnered 46 points for third in the poll among the nine schools.

Officials noted in the release that Randolph-Macon College was picked first with 64 points ahead of Bridgewater College, with 51, H-SC, Ferrum College, with 44, and Washington and Lee University, with 38, among the top five. Emory & Henry College drew 33 points, Shenandoah University had 21, Guilford College had 19 and Southern Virginia University had eight to round out the preseason poll. Randolph-Macon received eight first-place votes, while Bridgewater received the other first-place vote. Southern Virginia is competing as a football-only member of the ODAC for the first time.

Hampden-Sydney is coached by 20th-year Head Coach Marty Favret, who has posted 14 winning seasons and an overall record of 130-66 — good for a .663 winning percentage — over the past 19 seasons, the release highlighted. His program is 83-37 (.692) in ODAC games, while earning five ODAC Championships and making six NCAA Division III Football Championship playoff appearances.