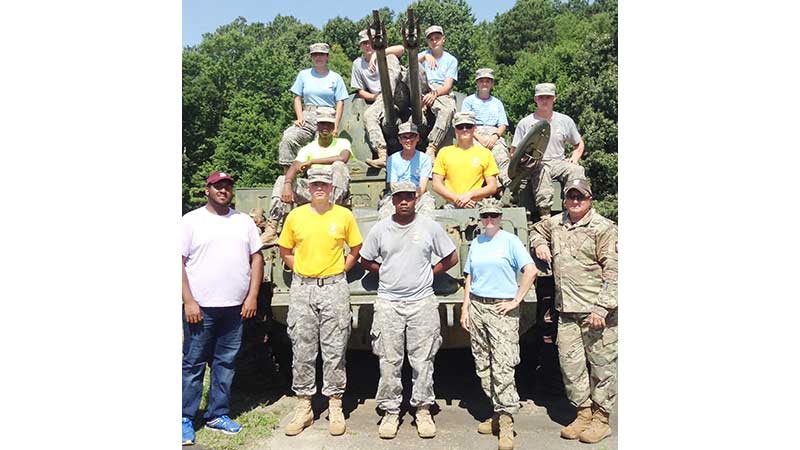 While many high school students enjoy the break from the school year, nine students from Buckingham County High School JROTC Raiders participated and graduated in one of the nation’s premier leadership training camps from June 25-30. The camp called JROTC Cadet Leadership Challenge (JCLC) Eagle is located on the Virginia National Guard’s State Military Reservation, Camp Pendleton at Virginia Beach. The mission of the camp is, “To motivate young people to be better citizens” and the staff of the camp does all that it can to challenge these future leaders.

The five day camp combines hands-on leadership training as the students participate in a series of activities ranging from orienteering to rappelling to obstacle courses to survival skills to Academic Bowl where students are challenged with competitive academic panels to determine top honors. Every day presents challenges to the students as they rotate through leadership roles as they plan and organize each day’s activities.

The week of activities culminates in a field day where each student group competes for camp honors in athletic and organizational events that test both physical, mental and collaborative skills.

To be considered to be one of the “top three” within the leadership ranks for Buckingham JROTC, Cadets that wish to hold top level leadership positions, must be camp qualified. Cadets must have graduated at least one leadership camp to hold the positions of Command Sergeants Major, Executive Office and Battalion Commander.