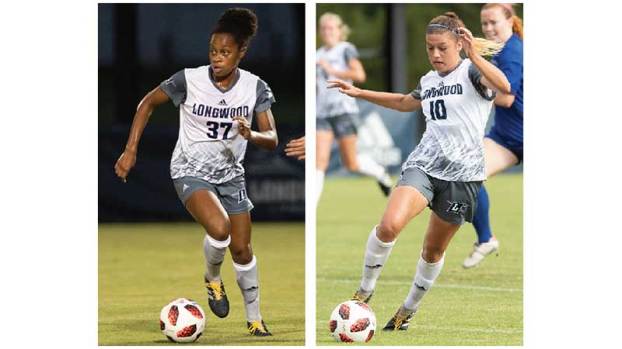 Longwood University’s women’s soccer team was picked third in the 2019 Big South Conference Preseason Coaches Poll, the conference office announced Monday, according to a Longwood press release. The Lancers are bolstered by back-to-back third-place Big South finishes and are just two years removed from a trip to the conference title game.

Coming in behind preseason favorite Radford University and No. 2 Gardner-Webb University, Longwood drew a pair of first-place votes from the league’s coaches, officials noted in the release. Nine of the Lancers’ 11 votes placed them inside the top three, including two second-place votes and five third-place picks.

“It’s an honor to be thought of highly by our Big South peers, but at the same time we have a lot of work to do before we can even think about achieving that kind of success,” said Todd Dyer, now entering his 26th season as head coach of the Lancer program, which he founded. “Right now we’re focusing on week one of our preseason camp, and when we’re done there, we’ll move on to week two. The results will take care of themselves if we get the process right.”

The release continued by noting that the third-place selection ties the second-highest result in the Big South Preseason Poll for the Lancers, who also appeared in that spot in 2014. Last year the Lancers set a new mark with a second-place preseason prediction, drawing one first-place vote.

Longwood began its preseason schedule Monday, Aug. 5, and takes the field Wednesday for the first of two preseason scrimmages, the release cited. Wednesday’s scrimmage will be against former Big South rival Liberty University. That matchup will kick off at 7 p.m. at the Longwood Athletics Complex and precedes another preseason exhibition at the College of William & Mary the following Saturday, Aug. 17.

The release concluded by highlighting that the Lancers open the regular season with back-to-back matchups against a pair of non-conference commonwealth rivals, starting at the University of Richmond on Aug. 22 before returning home to host Virginia Commonwealth University on Aug. 25.

The Bomb Squad softball team celebrates with the trophies it earned by winning the regular season and tournament championships of... read more