The Prince Edward County Board of Supervisors voted 7-1 Tuesday evening at its regular August meeting to adopt the ordinance establishing a countywide Emergency Medical Service (EMS) District, and the board also voted 7-1 to approve the following tax levies for that district: 1 cent for real estate and 10 cents for personal property, including machinery and tools but excluding merchants’ capital. 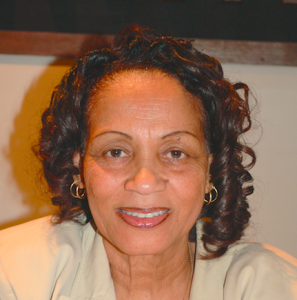 Farmville 801 District Supervisor Pattie Cooper-Jones was the lone dissenting vote in both cases.

The votes followed public hearings in which members of county EMS agencies and residents spoke on the issues at hand.

The board meeting packet noted that “it is anticipated the EMS District levies will generate approximately $300,000 per year in revenue. Any amount realized from the levy must be kept separate from all other monies of the county and shall only be used for the maintenance and operation of EMS services in the district.”

Additionally, the packet cited that after the levy is collected in December, the board will then establish the distribution of the funds to county EMS agencies.

During the first public hearing Tuesday, 10 people spoke in favor of adopting the ordinance creating the countywide EMS District. Among them was David Norman, a paramedic and the president of both the Prince Edward Volunteer Rescue Squad and Meherrin Volunteer Fire & Rescue.

He briefly noted the decline in EMS volunteers and what has contributed to that.

Then he said, “Creating this (district), I believe, will help the whole county with the citizens, EMS, with Prince Edward squad, with Meherrin, with Farmville, with Pamplin, with Hampden-Sydney and all subsequent fire departments that assist us and also the sheriff’s department, town police, Hampden-Sydney, Longwood. We all are in a collective group to help members of the community, college, university.”

Darlington Heights Volunteer Fire Department Chief Dallas Tinsley was also among the 10 people speaking in favor of the EMS District. He highlighted the modern difficulty of replacing emergency vehicles.

“Over the years the cost has more than doubled, and anything that the board can do to help these people do their job I’m fully in favor of,” he said, referring to the many EMS workers in attendance at the hearing. “The fire departments depend on them any time we have an emergency, to respond, to take care of the injured folks, and recently we’ve had firefighters overheated fighting fires, and they were right there to take them.”

He later added, “I don’t want to downplay the fire department’s responsibility in the county, but the average citizen in Prince Edward County is 25 times more likely to dial 911 because they need rescue than they do for fire. So anything that you can do to help them with that, to help the county maintain and keep better service, we support it at Darlington Heights, and I personally support it.”

After the public hearing was closed a motion to adopt the ordinance was made and seconded, Cooper-Jones called for discussion before the vote.

“I want you to make a statement and tell the public what we’re voting on,” she said. 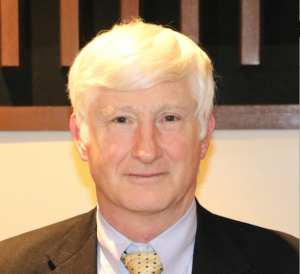 Bartlett said, “I can read the ordinance if you want. What is being voted on is to create a county ordinance that would establish an EMS service district. It’s fairly short, so I’ll read all three sections to you.”

“When does it go in effect?” Cooper-Jones asked after the reading.

Bartlett replied, “It would be effective immediately upon passage.”

Following the 7-1 vote came the public hearing regarding the EMS District levies during which three people spoke in opposition to the levies.

The first speaker was Gordon Johnson, of Prospect, who noted he was a resident, business owner, entrepreneur and area farmer.

“First, let me state that I’m a supporter of our rescue squad, fire department and police departments,” he said. “I believe each and every one of these groups should be fully funded by our localities and supported by our local citizens. I understand the rescue squad needs additional funding, but I think there’s a more equitable and fair way of assessing that additional cost to our county’s citizens than the proposed property tax increase.

“(The) rescue squad provides equal services to all households in Prince Edward, therefore the increase in cost should be equally divided by the citizens of this county,” he continued. “With 7,800-plus households in Prince Edward County, to raise $300,000 a year for the rescue squad would equal $40 per household, which would be a more-than-fair distribution of cost, which I find more fair than penalizing those homeowners, property owners and businesses in the county who choose or by necessity have to have personal property or multiple pieces of property.”

“I’m not opposed to dedicated support and funding for the rescue squad, but I am opposed to unfair tax increase,” he continued. “I believe a flat household rate is more than affordable at around $3.35 a month per household. I know oftentimes meetings like this are a formality for the rubber stamp, but instead of rushing to approve this tax rate, which is unequal, please take some time and find a way to collect a fee or tax which is fair and equal to each and every citizen of our county. The rescue squad could certainly use your help.”

Bartlett responded by saying that the Code of Virginia does not allow what Johnson was suggesting but rather allows only a levy on real estate and personal property.

As noted on VirginiaPlaces.org, “the Dillon Rule, which the Virginia Supreme Court adopted in 1896, is a legal principle that local governments have limited authority and can pass ordinances only in areas where the General Assembly … has granted clear authority.”

Joyce Eggleston spoke next during the public hearing.

“They put in the paper that everybody pays taxes — I don’t agree with that,” she continued. “There are people that rent, there are people that don’t have cars. There’s some other way we need to find out to get the money that the squad needs without constantly, constantly taxing us on everything that we’ve got. It’s just getting way out of hand. And I ask you to try to find some other way to help the squad out and not put the burden on the people that are already paying. I’m paying thousands of dollars in taxes to Prince Edward County, so it’s not going to be a $20 increase for me. It’s going to be hundreds of dollars of increase for me, and I’m just asking you to table this till you can find some other way to find this money.”

The last speaker in opposition was Ken Cook, of the Prospect District.

“Just to add to what Joyce and Mr. Johnson had said, I know what Mr. Bartlett had said was about the laws that govern how y’all can collect money and how y’all can collect levies and things like that, so you have to abide by the law,” he said. “I do support the rescue squad and the fire department. I was a member of the volunteer fire department in Prospect for years. I was a police officer for several years.”

He explained how this gave him a firsthand look at the wonderful job the rescue squad does.

Farmville 701 District Supervisor and Board Chairman Jim Wilck noted that initially, the thought had been for the board to approve a 2-cent tax increase on real estate.

Addressing Cook, Wilck added, “Bobby Jones suggested that (this) was not a fair tax, much for the reasons you’re saying, and indicated that he felt it would be … a fairer tax to break it down for the people who don’t own real estate and have personal property pay part of that. Now personal property, the biggest part of that is automobiles, and that covers the students at Longwood and Hampden-Sydney and a lot of other places that don’t own property here but do own automobiles.”

Reducing the levy on real estate to 1 cent and adding a 10-cent levy on personal property was “a way of sharing it with some people who do not own property,” Wilck said.

“I used to think this too: Renters, they don’t pay (real estate taxes),” he said. “Yeah, they do. Their landlord adds that into their rent. So indirectly, the people that are renting a house, they’re contributing to the property taxes of the county too. But I did think it would be a good thing to divide it up because it’s just a fair situation not to put the whole burden on property owners.”

Wilck said, “Since according to Wade and the state of Virginia those are the two taxes we have to deal with on this, it looks like a fair situation to us.”

Shortly before the 7-1 vote, Leigh District Supervisor and Board Vice Chairman Jerry R. Townsend said, “This recommendation will financially sustain the EMS services for Prince Edward County long term, not putting a bandaid on it this year, not coming back with another issue two years from now.”

And as for the fairness of the levies, he said, “With the 1 cent real estate, 10 cents personal property — that’s all inclusive. Somebody owns something, whether it’s real or personal.”

The life and legacy of Elbert Redd Womack was honored by members of the Cumberland County Board of Supervisors on... read more