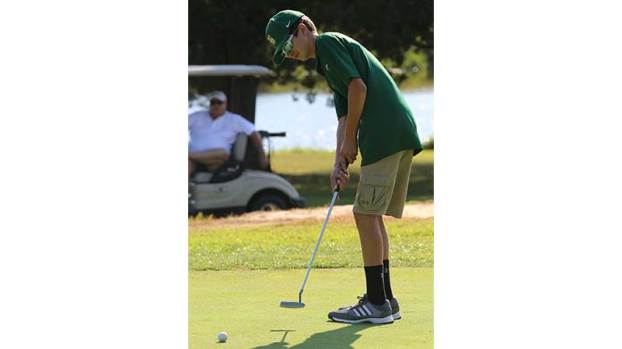 Competitive in the low 200s

Buckingham County High School’s varsity golf team features only four players this year, but the small group has made the commitment necessary to grow its skills on the links, which will help make the team competitive.

“It seems like I’m a broken record with the golf team — it’s not what they do, it’s something to do, for them,” Knights Head Coach Tim Hoag said, describing golf and its significance, by and large, to his players over the years. “But I’ve got a good group this year of kids that are nice kids, they’re fun to be around, and they do want to get better, but it’s just like anything else; this game, you’ve got to work at it. You just can’t come out here occasionally and think you’re going to get good because it doesn’t work that way. But they’re willing to practice every day of the week, and I’m encouraged by it.”

Allen is brand new to the team and the sport.

Hoag expects Davis be the team’s clear No. 1. Though the Knights went 0-2 in their season-opening home tri-match Thursday, Davis shot a strong 42.

“I’m real pleased with how he’s coming along,” Hoag said.

Memories for a lifetime