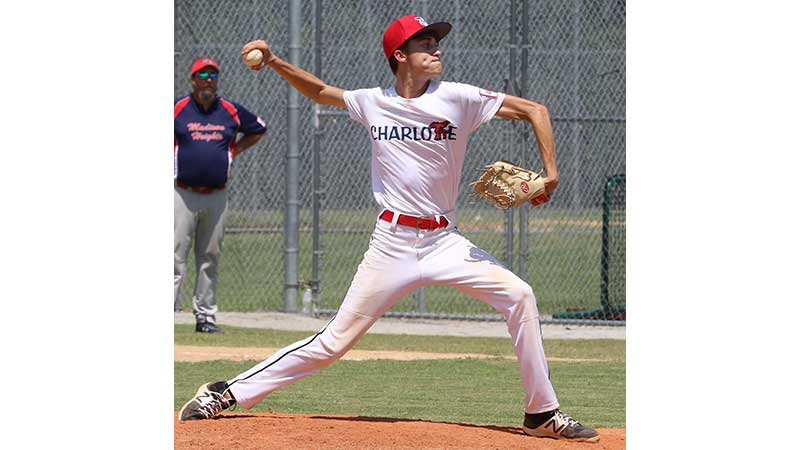 Jake Simon, of Prince Edward County, pitches as part of the Charlotte County Pre-Majors squad Saturday in a 9-5 victory over Madison Heights that came during the 2019 Dixie Pre-Majors Baseball State Tournament in South Hill. (Photo by Titus Mohler)

The Charlotte County Pre-Majors baseball team finished as the runner-up in the 2019 Dixie Pre-Majors Baseball State Tournament at Parker Park in South Hill over the weekend.

“Our team did really well,” Charlotte Manager Jeff Rapole said Tuesday, “but I’ve been coaching these young boys for three or four years, and we just faced a team the other day that was more mature, and they were very self-disciplined hitters. We made some errors, and it cost us.”

The team he was referring to was Mecklenburg County, which defeated Charlotte 13-1 on July 12 in Charlotte’s tourney opener. The teams met again in the championship game Sunday afternoon, and Mecklenburg won that contest 10-2.

“We did make it to the championship round, but we fell a little short,” Rapole said.

In between those losses, Charlotte shined, playing twice Saturday.

Rapole also noted that the two coaches on his staff, Johnny Holman and Travis Francisco, were outstanding.