The Cumberland County Board of Supervisors voted to approve issuing lifetime licenses to residents with pets during its meeting July 9. 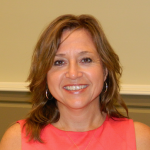 Prior to the change in the county’s ordinance, the county charged $4 for tags annually. This created a time-consuming process for the county’s treasurer office each year, former County Administrator and Attorney Vivian SeayGiles said.

District Three Supervisor Kevin Ingle asked how the county could know whether dogs in the county received rabies vaccinations or other shots with the amendment. 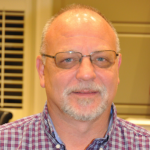 Giles said the ordinance from the state that allows counties to issue lifetime tags requires that pet owners that receive these tags have proper vaccinations and be able to prove vaccination records to the county animal control office upon request.

“We are able to monitor the dog’s current rabies vaccinations,” Pfeiffer said.

Ingle asked if the county would have to take action if a rabies vaccination for a dog expired.

Giles said that would be an administrative matter. She and Pfeiffer said proof is required for a lifelong pet license.

“The responsibility is still on the dog owner to make sure they maintain a current rabies vaccination,” Pfeiffer said.

Pfeiffer said he has spoken with the animal warden, who approved the ordinance.

District Five Supervisor Parker Wheeler asked later in the meeting how pet owners could be notified about potentially expired vaccinations.

Pfeiffer said the county could notify the owners through providing another application.

Pfeiffer said the new licenses could have a number of benefits for the county.

“It allows us to have a more standardized database, instead of a changing one from year to year,” Pfeiffer said. “The focus would be on making sure more people get the tag and get registered with Cumberland.”

Pfeiffer recommended that the tags cost $10 after evaluating the rates of neighboring counties. The license is nontransferable or nonrefundable should something happen to the pet.

Cumberland resident Betty Myers spoke during the public hearing for the amendment and encouraged the county to raise the cost of the licenses to increase revenue. She added that rabies vaccination among pets should be monitored with the high rate of wildlife in the county.

Resident Peter Martins suggested that the county use a database system to check on pet vaccinations. He cited a program used at his dealership that includes customers’ records and even birthdays.

District Two Supervisor Lloyd Banks expressed concern earlier in the meeting, citing that the county didn’t have the manpower to support someone who would constantly monitor each pet owner’s vaccination history in addition to other responsibilities. He believed that a lifetime license should require a one-time vaccination verification. If a pet presents an issue, the county could address it.

Chairman David Meinhard agreed with Myers that the fee should be higher than $10.

Based on the recommendation from the treasurer, members of the board voted to approve the lifetime license at $10.

The county amended ordinance is based from action taken by state legislators. In 2017, the General Assembly approved House Bill (HB) 1477, which authorizes the administration of a county or city to allow lifetime dog or cat license.