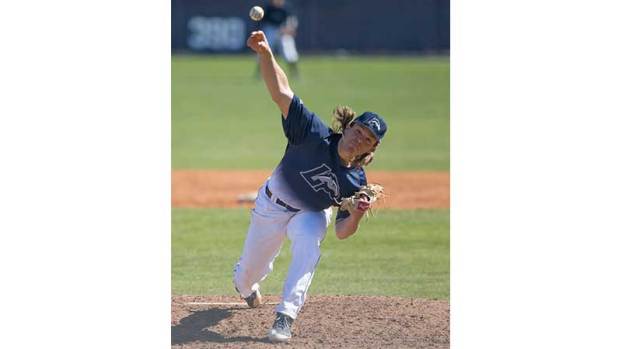 Longwood University’s baseball team missed starting pitcher Cody Boydstun significantly during the 2019 season, but he is expected to be back from injury and leading a revitalized squad in 2020. (Photo by Mike Kropf / Longwood University)

Lancers set to bounce back

The Longwood University baseball team struggled in 2019 due to some injuries and more that sidelined key members of the Lancers’ bullpen, but the future is looking bright once again this summer in between seasons.

Injuries are healing up, and new and familiar players will rejoin the 2020 lineup.

“We do get the injury guys back,” Longwood Head Coach Ryan Mau said. “We get an eligibility guy back, and then we’ve obviously added some pieces, but yeah, I do feel much better. It was one of those things that we didn’t foresee happening, and you can’t foresee a lot of those things, and so, we were snake-bitten to say the least on the pitching side of things, and unfortunately, that was the downfall of last year’s team is we didn’t have the ability to keep us within striking distance in the game.”

The Lancers finished the 2019 season with an overall record of 11-41, including a 5-22 mark in the Big South Conference.

Mau highlighted who will be returning to the lineup in 2020 after being unable to play this past season.

“We’ll have Cody Boydstun who projects to be our No. 1 arm,” Mau said of the redshirt senior. “He was projected to be our No. 1 arm last year, and he went down with an injury, and so he should be back right around the beginning of the season, fully healthy we’re hoping.

“There’s a freshman named Gage Williams who went down early — he’ll be back,” the coach continued.

“He’s been working hard,” the coach said Friday. “In the Cal Ripkin League last week, he went to the all-star game, (threw) 96 miles an hour, and so he’s been listed as one of the top prospects out of that league this week, so he’s an exciting piece that was just redshirted last year.”

“Those are three key pieces that we’ll get back on the mound,” Mau said, before adding another later on. “We return Tyler Morgan, who was leading the league in strikeouts until he went down with an injury late, but he’s back healthy, so expecting a big senior year from him.”

Among the new players joining the Lancers is Colton Hutt, a junior college transfer out of Illinois.

“We’re expecting him to come in and push for some significant innings,” Mau said. “And then (we’re) really excited about the freshmen that are here that are coming in. Andrew Potojecki was the 2A Virginia State Player of the Year coming off of a state championship out of Chatham. His brother played for us recently.”

Former Fuqua School star Hunter Gilliam was used as a pitcher in 2019, but he is not expected to be needed there in 2020.

“He’s been getting bigger and stronger this summer and has expectations to win the job at first base and hit in the middle of our lineup,” Mau said.

The coach also made a point to highlight a new addition to the team, freshman catcher Justin Looney, “who we have big expectations on, who is ranked the No. 1 catcher out of Maryland and did have some pro interest on him out of high school. (He) looks to jump in right away and be that guy behind the plate and also hit in the middle of the lineup.”

It did not work out the same last year with an expected incoming Longwood player that commanded interest from pro scouts.

“Last year we had signed a kid out of Dinwiddie, Seth Mayberry, who we were really excited about, and then the scouts came in and one scout took a shot on him and signed him late,” Mau said. “… (Mayberry) ended up signing with the San Diego Padres.”

He has been competing for the Padres organization in the Arizona League, a rookie-level Minor League Baseball league.

“But (we’re) excited that (Looney) made it to campus, and (we’re) expecting some big things from him,” Mau said.

For the first time since 2015, a team not named the Prince Edward-Farmville Youth Association (PEFYA) Debs All-Stars will be... read more