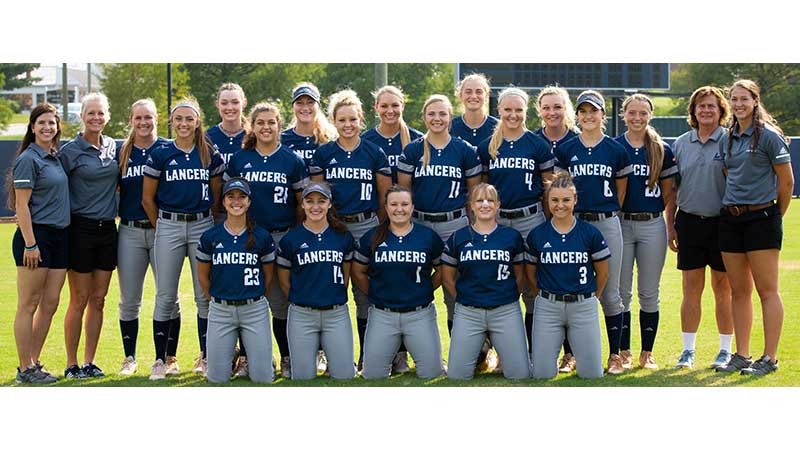 Longwood University’s softball team added another accolade to its trophy case as the Lancers earned the 2019 Big South Team Sportsmanship Award for softball, as announced by the conference office according to a Longwood athletics press release.

Officials in the release noted that the team awards are voted on among Big South student-athletes following each conference championship.

Officials highlighted how Longwood softball’s latest accolade is part of another banner season for the Lancers, who won their fifth Big South Championship in seven years and advanced to the NCAA Knoxville Regional.

Under the guidance of 2019 Big South Coach of the Year Kathy Riley, Longwood’s run of five Big South crowns in seven seasons is now one that has never been matched by any league counterpart, the release stated. Also the 2019 Big South regular season champions, the Lancers have won the regular season title in three out of the past five years. The regular season-tournament title sweep is the latest accolade in a three-year period that has seen Longwood win 18 consecutive Big South series dating back to the 2017 season.

Riley reflected on what it meant for her team to not only win the conference’s titles but also earn its sportsmanship award at the same time.

“I do feel that’s a testament really to the quality of the type of kids we have,” she said. “You think about their parents and how they raise them, so I think that is something I think about first.”

Then Riley addressed what the sportsmanship honor means in terms of her players’ relationship to the game of softball.

“And then the other thing is just how much respect they have for the game and the fact that we’re competing against each other and at the same time maintaining a caring attitude about things that happen during a game,” she said. “So it’s not always an easy line to establish when you’re trying to win a game and you have emotions going on, but I think that our girls really handled themselves really well in those situations this year.”

The Lancers finished the season with an overall record of 37-22.

Officials in the release noted that this season featured the fifth Longwood softball team to earn a bid into the NCAA Tournament in Longwood’s Division I era, following the 2013 squad that finished the season with a school-record 41 wins, the 2015 squad that captured the school’s first-ever win in the NCAA Tournament over Virginia Tech, along with the 2016 and 2017 teams that each advanced to the NCAA Regional Championship round.

Longwood improved to 5-0 when making the Big South Championship round with the 2018 conference championship coming in comeback fashion, as the Lancers scored three runs in the bottom of the sixth to overcome a 2-0 deficit, the release cited. All-Big South freshman Sydney Jacobsen scored the go-ahead run after drawing a walk, stealing second and advancing to third on a throwing error on the same play.

The release concluded by noting that the Lancers turn their attention to the 2020 season where Riley will return 13 letter winners from the 2019 team, including All-Big South first team selections Sydney Backstrom, All-Big South second team pick Jenna Dunn along with Big South All-Freshman selections Alexis Wayland and Jacobsen.