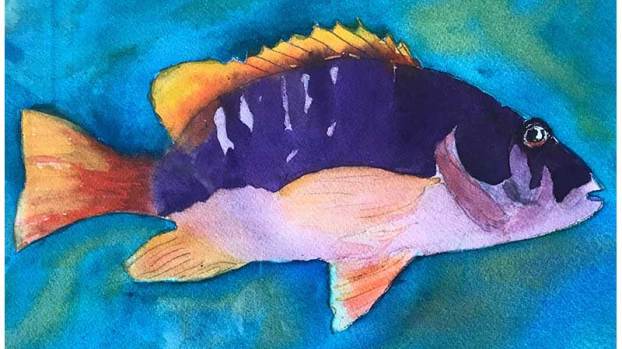 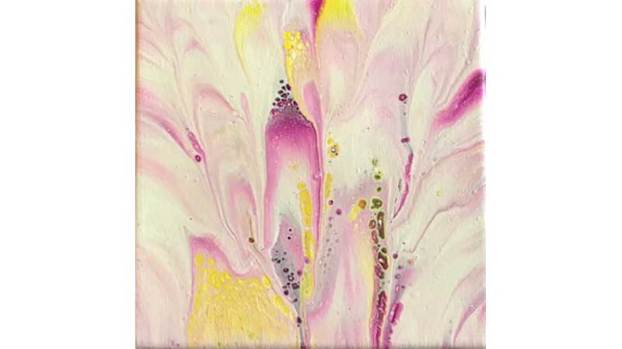 Though a life-long lover of the arts, it was not until a few summers ago that Susan Harwood was introduced to watercolors in an introductory painting class led by her friend and local artist, Ursula Burgess. The abstract works at the Riverside Show are poured paints (as introduced to the art world by Jackson Pollack in the 40s), and manipulated in a variety of methods. A retired banker, Harwood now teaches Pilates, Yoga and Silver Sneakers at the Farmville YMCA. She is a docent (tour guide) at the Virginia Museum of Fine Arts in Richmond and continues her work transcribing textbooks into Braille for schools in Virginia and Utah.

Richard McClintock of Farmville is trained as a Latin professor but for years his day job was editor and graphic designer at Hampden-Sydney College. Because he had model trains as a child and can’t draw anything but letters and houses, he likes making three-dimensional objects, especially of architecture. He also likes making artist books, marble raceways and collages of incongruous items. He regards himself more a craftsman than an artist, making these objects for his own amusement. His newest hobby is producing build-it-yourself kits of historic houses, as fundraisers for the sites. He is active in the local art scene— as former co-president of Central Virginia Arts, a member of the advisory board of the Longwood Center for the Visual Arts and of the Atkinson Museum of Hampden-Sydney, and as a volunteer designer for local groups, like the Visitor Center, High Bridge Trail State Park, and the Moton Museum. He and his wife Deborah, an artist, have received the LCVA’s Community Achievement in the Arts award.

Donna Taylor’s favorite medium is watercolor, but she also likes working with charcoal, pastel and acrylic. She has exhibited her art at the Crossroads Art Center in Richmond, the Virginia Museum of Fine Arts Studio School, the Riverside Cafe, the Hampden-Sydney Atkinson Museum, the Crewe Library, the Pamplin City Depot, and other venues.