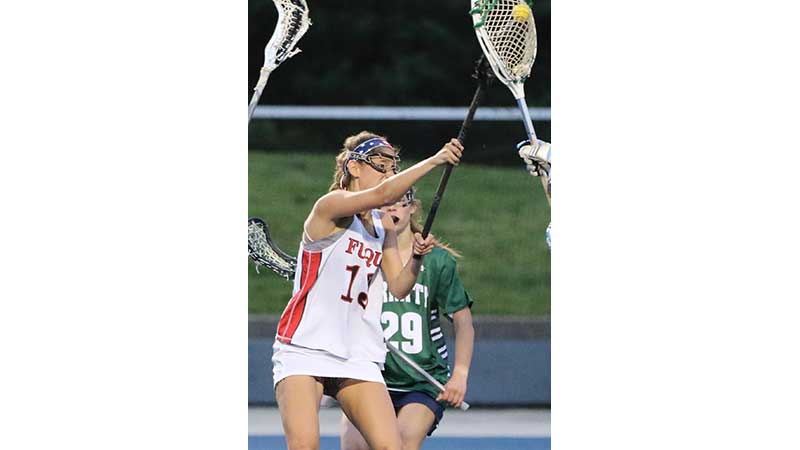 The No. 3-seeded Fuqua School varsity girls lacrosse team ended the 2019 season as the Blue Ridge Conference (BRC) tournament runner-up, but the highlight for the Lady Falcons was the momentous semifinal win that perfectly summarized their growth this year and launched them into the title game.

Awaiting Fuqua in the tournament semifinal game Thursday was host No. 2 The Covenant School. It was the third meeting of the year between the teams. On April 18, the Lady Eagles defeated host Fuqua 11-9, and they also won 18-15 at home March 28.

But because of the narrow margins of defeat, Lady Falcons Head Coach Davia Williams said that “we knew that it was possible to win,” and Thursday yielded an exciting contest.

As for what made this result different from the regular season showdowns with Covenant, Williams said, “I think that it was knowing that if we lost, we were done … Our seniors also, I kind of let them have the floor during halftime, and they just kind of spoke from the heart …”

The coach recalled the score being tied 5-5 at halftime.

Fuqua faced host No. 1 Virginia Episcopal School in the tournament championship game and fell 17-6, but it was not a poor effort for the Lady Falcons.

“They fought the whole game, so it was definitely a good game,” Williams said. “We didn’t give up. We kept scoring, even though we were down. We were down 10 at one point, and then we came back and we weren’t down 10, so there were mini-victories throughout the whole game. And we scored the first goal of the game too, which was exciting.”

Fuqua finished the season with an overall record of 5-7.

Reflecting on the team’s overall 2019 performance, Williams said she was really proud of the girls.

This concludes Williams’ brief run with the team. She is married to Longwood University Men’s Basketball Assistant Coach Maurice Williams, who recently received a head coaching job that will take them to Salisbury, Maryland.