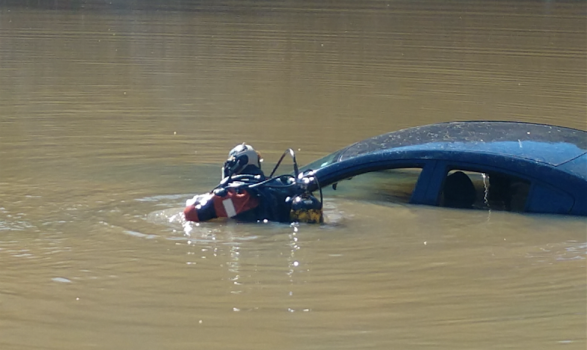 PROSPECT VOLUNTEER FIRE DEPARTMENT A diver with Virginia State Police investigates a vehicle submerged in a pond off Prince Edward Highway on Sunday. 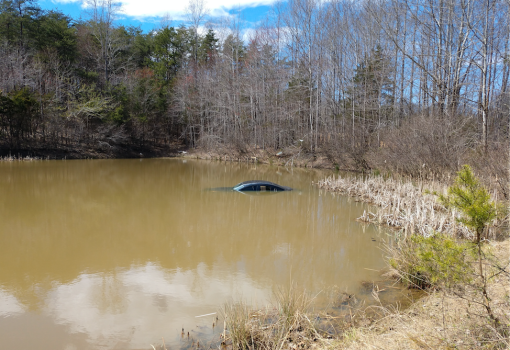 An unoccupied vehicle discovered in a pond Sunday was reported to have been stolen, according to law enforcement involved with the investigation.

The vehicle was reported to have been stolen between midnight and 8 a.m. Sunday from a residence at First Rock Road in Prospect, Randolph said.

Prospect Volunteer Fire Department, Prince Edward County Sheriff’s Office and Virginia State Police (VSP) responded to the incident. VSP dispatched a diver who searched the pond to determine if anyone had occupied the vehicle. VSP Public Relations Manager Corinne Geller confirmed that the incident was not a vehicle crash and said VSP assisted with determining whether the vehicle was occupied, and then with removing the vehicle from the water.

Randolph said the vehicle was determined to be unoccupied.

Randolph said following the investigation, the vehicle was removed from the water and returned to the owner Sunday evening.

Randolph said the vehicle was totaled, having sustained water damage. The vehicle also appeared to have been wrecked before it had been submerged in the pond, Randolph said.

No suspect has been identified, and the case remains under investigation, Randolph said.