A suspect who escaped to South Carolina following a May 2018 incident was arrested Feb. 28. 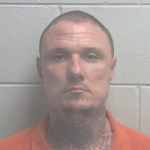 Kidd said the person believed to be Webb’s accomplice, Joshua McCall Clamp, 24, of Easley, South Carolina, was arrested in 2018. 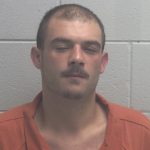 Following a trial in December 2018 at Buckingham County Circuit Court, Clamp was found guilty of meth: distribution of more or equal to 227 grams and possession of schedule I/II drugs with intent to manufacture.

Buckingham County Sheriff William “Bill” Kidd said the arrest stemmed from incidents that occurred in May 2018.

“We had occasion to look for a suspect who was living in a shed on a piece of property,” Kidd said. The property was located on Jerusalem Church Road.

“When we went into that shed, they had been staying in there,” Kidd said. “There was quite a bit of drugs in there and a pistol.”

Kidd said one suspect, Clamp, was in possession of stolen items believed to be connected with home invasions in Albemarle County and Buckingham County.

Police encountered Clamp, who was walking down a road and had cameras in his possession.

Once Buckingham police officers were notified of the Albemarle home invasion, they returned to the area where they had first seen Clamp walking down the road and found him a second time.

“While we were trying to deal with him, we had a second guy that escaped, and he ended up in South Carolina,” Kidd said.

South Carolina law enforcement agents issued an arrest warrant for Webb. Kidd said once he was apprehended, deputies were sent to South Carolina to transport Webb back to Virginia.

According to records from the Buckingham County Circuit Court, Webb is scheduled for a trial on May 22.

Both Webb and Clamp are currently being held at Piedmont Regional Jail.