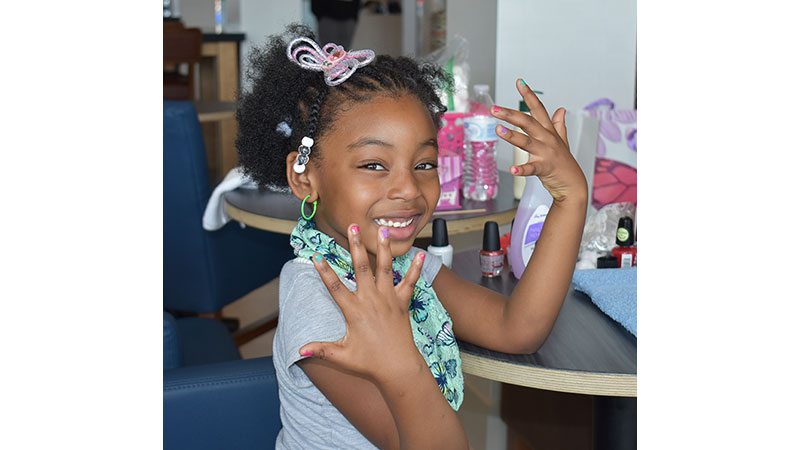 The Fresh Boyz Club and Fresh Boyz Junior Club organized a celebration for all of the students at Prince Edward County Public Schools (PECPS) who earned honor roll for the most recent grading period.

The celebration was held March 16 at Holiday Inn Express & Suites at 404 Sunchase Blvd.

The event included food, desserts and beverages, a fruit tray supplied by business Whatever You Wish, and gaming stations where students, mentors and their families could play games such as Fortnite and Madden NFL. There were stations for girls and teens to get their nails done, make bracelets and play board games. 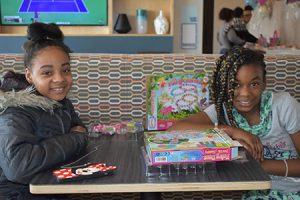 There was a photo booth provided by the small business Sweet Honey. Participants could gather in the large booth, take fun photos with the help of various hats and costumes, and keep the photos they took at the booth.

“It was a community effort,” Gould, who is graduating from Longwood University as a history major in May, said.

The Fresh Boyz Club, which was established in Prince Edward in 2008, includes groups of students who participate in community and civic-related activities. The mentors help younger students with schoolwork and provide support.

“They don’t have a lot of positive role models,” Gould said about the challenges of some students in the area. He said after years of organizing events, he and other club members feel gratified to see the support being offered by various organizations and county officials.

The Fresh Boyz social club makes a visible impact through organizing annual Mother’s Day luncheons, making holiday cards for seniors, and participating in other benefits and fundraisers to help causes such as cancer research, Farmville Area Habitat for Humanity and support for those affected by domestic violence. 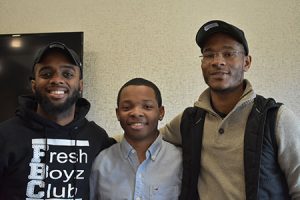 Tylic Vaughan, an instructor at Prince Edward County Middle School and club leader, said he has family members who were affected by the closure of public schools between 1959 to 1964 by Prince Edward (County) to protest school integration.

He said now, more than ever, young students need the support and example of young adults who encountered similar struggles and triumphs. In providing the support that was not always present for African-American students, for students facing difficult circumstances, Vaughan said he hopes young students can carry the lessons and priority of supporting the area that Vaughan and other leaders have learned.

“We do this for them,” Vaughan said about the students.