Board votes to aid PAVC

The Prince Edward County Board of Supervisors voted unanimously at its regular March meeting to provide financial support to the Piedmont Area Veterans Council (PAVC), a small group that has had an outstandingly positive impact on veterans in the area.

On PAVC’s website, it is stated that the council assists “active duty service members, veterans and their dependents/caregivers who reside in the counties of Amelia, Buckingham, Charlotte, Cumberland, Lunenburg, Nottoway and Prince Edward in the state of Virginia. We serve as a community partner by connecting veterans to services and resources they may need.” 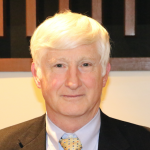 Prince Edward County Administrator Wade Bartlett took a few minutes during the board’s meeting to familiarize supervisors and those in attendance with the council and its members.

“It’s all volunteer at the moment, and they have instituted a Piedmont Area Veterans Council, which has been certified by the state,” he said. “It is also a 501(c)(3).”

He noted that PAVC operated in several different places in the past.

“The town donated a house that’s up on Longwood Avenue, which is adjacent to their Public Works lot there, that little yellow house,” Bartlett said. “They’re in there now.”

He noted the organization consists of only a few people.

The website lists Sarah Maddox and Ed Dunn as co-founders and Maddox as executive director.

Bartlett said the council has “averaged 647 contacts a month for veterans. They’re helping veterans and widows of veterans complete these forms that are pretty complicated to get done, and they are getting funds for these veterans and their widows that no one else knew even existed. I was in the Marine Corps for 20 years, and I’ve never heard of some of these programs.”

“Last year this council helped the vets receive approximately $8 million, I believe she stated,” Bartlett said, referring to a PAVC representative. “In 2018 alone, veterans in Prince Edward were receiving about $1.1 million — that’s just in compensation benefits. There’s other benefits that we could go on and on and on (about) that they received in addition to this, but they don’t track those. They only track compensation benefits.”

“Like I said, they have no paid employees,” Bartlett continued. “They are federally approved by the Community Veterans Engagement Board. Basically, they’ve done a yeoman’s job for our veterans.”

He noted that he has had several veterans come up to him and express gratitude for what the people with the council have done.

Commenting on the instances of help provided, Bartlett said, “Some of them are truly life changing. (Veterans have) gotten benefits as much as $3,000 a month that they didn’t know that they could even receive.”

Some of the supervisors also shared testimonies of the difference PAVC has made.

Farmville 701 District Supervisor and Board Chairman Jim Wilck said someone reached out to him and told him about their father, who fought in World War I and had very poor hearing. He went to the council, and the people there found a way to get him a hearing aid that had been paid for.

“They said it completely changed his life, and that’s the type of thing they do,” Wilck said.

Leigh District and Board Vice Chairman Jerry R. Townsend also spoke to how PAVC has enhanced the benefits of several of his constituents.

“You really need to hear everything else that they’ve done,” Bartlett said. “They’ve brought a lot of funds to this area, not just older veterans but veterans that have been in Afghanistan and Iraq.”

He said in addition to the house provided, the Farmville Town Council voted to provide $10,000 in February to help PAVC.

Bartlett said PAVC has asked for $10,000 from each of the individual counties it serves, and he alluded to a meeting that had taken place earlier in the day on March 12 addressing the council’s need for financial assistance.

“We had all of the counties there today except for Buckingham and Nottoway, but they know about it,” Bartlett said. “They just were not able to attend today.”

Before Prince Edward’s board meeting ended, Prospect Supervisor J. David Emert said, “I would make a motion for the $10,000, the same as they asked for just like the town to do. … “That is not for a salary or anything. (Those with the council) are actually having to pay for stuff themselves out of their pocket.”

The vote was unanimous.