Updated as of Tuesday, March 19.

A $10 million civil suit was filed in Lynchburg Circuit Court against Emory Wayne (E.W.) Tibbs Jr. and Centra Health on March 11, alleging Tibbs, former CEO of Centra Health, committed sexual assault and solicitation while in his role as CEO. 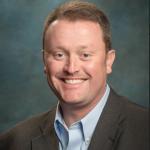 Tibbs, who was appointed as CEO of Sparrow Health in Michigan in November, has been placed on paid administrative leave in connection with the allegations, which include that Tibbs sexually assaulted a former employee of Centra Health.

According to a statement from Sparrow Health on Wednesday, current Executive Vice President and Chief Operating Officer Joe Ruth has been appointed by the Sparrow Board as acting president & CEO.

“We have been made aware  of allegations against Mr. E.W. Tibbs Jr. that occurred prior to his employment at Sparrow,” John Truscott, spokesperson with Sparrow, said in the statement. “These allegations are disturbing to us, and we are taking immediate action. Effective immediately, the Sparrow Board has placed Mr. Tibbs Jr. on paid administrative leave pending further thorough investigation. This move will have no impact on our patients or staff who provide such great care for our community. Also, effective immediately, current Executive Vice President and Chief Operating Officer Joe Ruth has been appointed by the Sparrow Board as acting president & CEO.”

In a statement from Centra Health by Spokesperson Diane Ludwig, she said an internal investigation is being conducted.

“As soon as we were made aware of the allegations involving personal conduct by our former CEO, we began an internal review to determine whether they have any merit,” Ludwig said in the statement. “We are working with an independent third party to conduct a formal investigation of the alleged claims. We are not able to comment directly on the lawsuit at this time, except to say that these are very serious allegations that require an appropriate level of due diligence. Centra operates under a strict code of conduct, and we expect all members of our team to exemplify those high standards.”

Tibbs resigned from his Centra post at the end of September 2018.

The civil suit was filed against Tibbs, Centra Health Inc. and multiple, unidentified people believed to be employed with Centra Health.

The complaint of the case, provided by Paul Valois, attorney of the plaintiff, alleges that Tibbs sexually assaulted Stephanie Hale, a former employee of Centra Health, in March 2017 when Tibbs was employed with Centra Health.

Hale was hired as a Licensed Practical Nurse to staff a substance abuse rehabilitation facility in Amherst County according to the suit.

The suit alleges that Tibbs solicited Hale for sex by email under the pseudonym Ethan Toms prior to the March 2017 incident.

The suit alleges that Hale began receiving “sexually suggestive” emails shortly after she was hired at Centra. Ethan Toms, according to the complaint, “identified as a UFC fighter.”

Hale first suspected that Ethan Toms was Tibbs when she heard voice messages from an associate who received a sexually suggestive voice message from “Ethan Toms.”

Hale’s boyfriend, Robert Peters, sought to confirm Tibbs’ identity as Ethan Toms, according to the complaint, by pretending to email as Hale and “insinuated that she was aware that ‘Ethan Toms’ was in fact, Tibbs.”

At that time, the complaint cited that Hale began receiving accusations of drug use. The suit cites that a hospital in Lynchburg conducted three drug tests on Hale, in which all tested negative.

The suit also alleges that Hale was terminated from Centra Health in February 2017, prior to the assault.

Peters, according to the complaint, still acting as Hale, invited Tibbs to a hotel to meet Hale in March 2017. Hale agreed to participate.

The complaint cited there was a hitch in the plan, that Peters had trouble identifying the hotel room where Tibbs and Hale would stay.

Hale said Tibbs assaulted her in the hotel room before Peters found them, and that Tibbs failed to let her out of the restroom when she tried to stay away from Tibbs’ advances, according to the complaint.

The Virginia Department of Health (VDH), in September 2018, cited that Hale’s medical license was suspended. Documentation from the VDH in June 2018 cited that Hale violated the Virginia State Code for drug use.

The VDH documentation and court records cited that Hale was arrested in January 2018 in Amherst for a possession of a controlled substance felony. Documentation from the VDH cited that an arresting officer claimed Hale found “heroin packets, syringes and a spoon in her vehicle,” and that Hale admitted the items belongd to her. Prior to the arrest, the documentation cited that Hale exhibited strange behavior when working at a hospital in Roanoke but did not comply to take a drug test.

The charge, according to documentation from the Amherst General District Court, was amended to possession of drug paraphenalia, a misdemeonor.

“She decided that she could not stand by when Centra had swept Tibbs’ misconduct under the rug and allowed him to leave on good terms, thereby putting other patients and employees in danger,” the complaint cited.