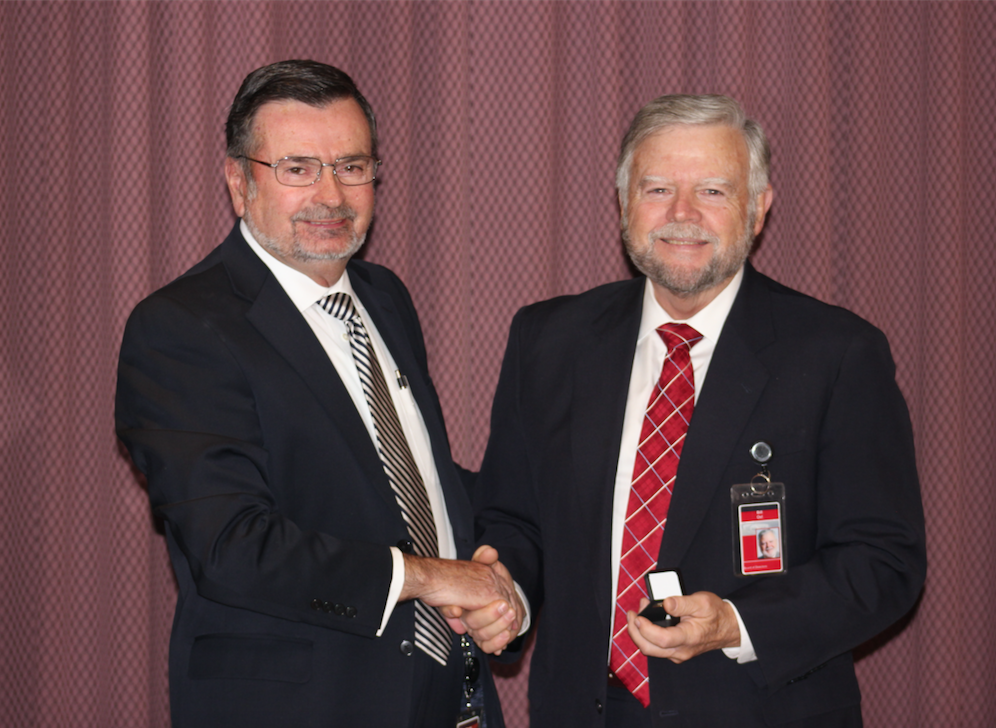 VFBF President Wayne F. Pryor presented an award to Osl at a Farm Bureau board meeting in Richmond.

He serves on the Commonwealth Fairs & Events Inc. board, the State Fair of Virginia board, is chairman of the Youth Development Board for the State Fair of Virginia, and on the VFBF Investment and Finance Committee. He previously served on the VFBF Membership Categories Study Committee and Legislative Committee. He is a former member of the Virginia Farm Bureau Federation AgPAC board of trustees.

Osl serves as vice president of the Cumberland County Farm Bureau board and is a past president of that organization. He also chairs the VFBF Forestry Advisory Committee.

Osl retired from AT&T and Lucent Technologies after working for 28 years as a corporate officer and vice president.

He has served on the boards of AT&T Consumer Products Ltd. and Cancer Hope Network. He is a past chairman of The Information Communication Institute of Singapore, Commonwealth Regional Council and the Cumberland County Public Schools Foundation Inc. and New York City Rescue Mission.

Osl has served on the Cumberland County Board of Supervisors for 15 years, six of those as chairman. The Albany, New York, native holds a bachelor’s degree in business administration from St. Michael’s Collage in Vermont.

Osl attends Cartersville Baptist Church. He and his wife, Stephanie, own and operate Oakland Farm. They have five children and 18 grandchildren.