An afternoon tea with style 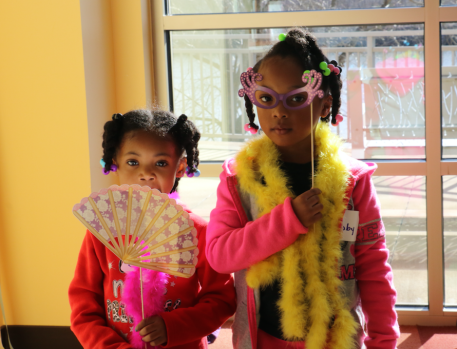 Peeking over and through some accessories are Bella Tharrington, left, and Gabby Tharrington. 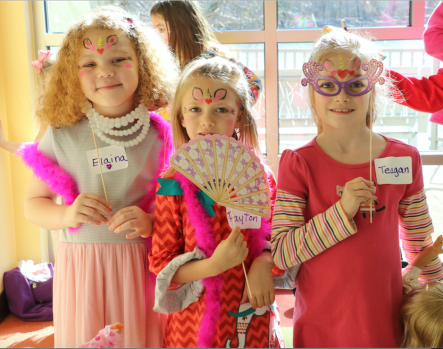 From left, Elaina Walker, Payton Bailey and Teagan McKinney hold for the camera, complete with accessories 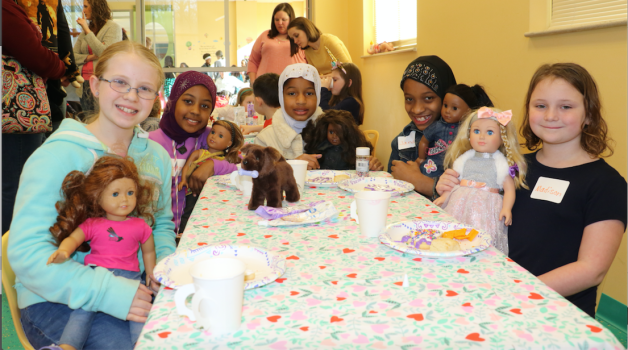 They were following through on the announcement of the event, which stated that “children ages 12 and under are cordially invited to bring their favorite doll to a tea party at the library! Partygoers will enjoy a story followed by games, a craft and a photo booth. Tea, lemonade and snacks will be service.”

At the start of the party, Friends of the Barbara Rose Johns Farmville-Prince Edward Community Library Chairman Robin Sedgwick presented library Youth Services Specialist Megan Almond with a check for $5,200 to be used for children’s programs this year.

This amount represented the proceeds from the Friends’ Harvest Moon Champagne and Chocolate Gala fundraiser that they held at the library in October.

“This is the third year in a row that we’ve donated the proceeds from the gala specifically for children’s programs,” said Vicky Page, a member of the Friends who helped out with Saturday’s Doll Tea Party.

She confirmed this was the largest sum yet that the Friends have donated for children’s programming.

Almond already has some ideas of what to do with the donation.

“We’re hoping since it’s a little bit larger that we’ll be able to start a little makerspace kind of lab, so they can do little building-type things, and so we’re hoping to get a 3D printer on the cheaper end of 3D printers, and then a few other things.”

Children will likely be able to enjoy more stylish events like the party that ensued Saturday.

There will be another Doll Tea Party held Saturday, Feb. 16, from 2-3 p.m. at Buckingham County Public Library.