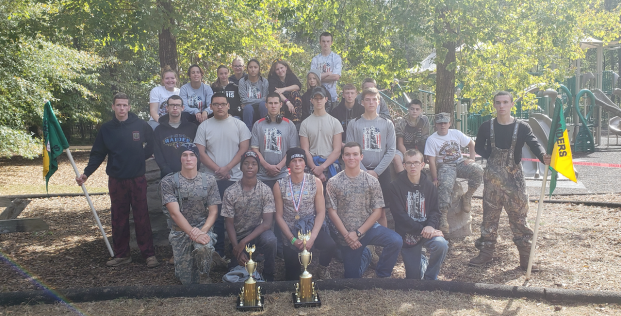 Tyler Moore won the Ultimate Male Raider Award for 2018. Fourth in the nation in Rope Bridge with a time of 2:32 and fifth in the nation for Cross-country Rescue, which is a grueling course that involves carrying six 35lb rucksacks and a 200 lb weighted litter for over a mile. The finishing time was 10:54. Moore has been with the Raider Team for three years.

Raiders are extensively trained by the JROTC Cadre from August through June. The team overall placement was fourth in the United States. The team missed third by one point.

Buckingham County Raiders finished the highest in 4th Brigade history with their overall fourth place finish in a field of over 30 Raider Teams.