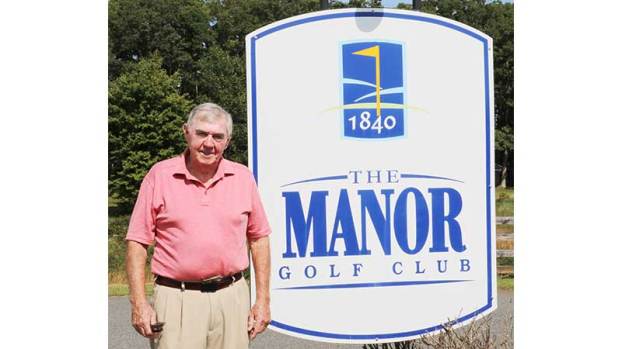 The Manor Golf Club General Manager Doug Treen spent about two-and-a-half months negotiating to come to a 10-year lease arrangement for the course with its owner, The Manor Golf Course, LLC. (Photo by Titus Mohler)

The Manor gets a new lease on life

The Manor Golf Club is open, and it will be open for the next 10 years.

Doug Treen and Mike Zelley, with their company, Trezel Golf, LLC, have been managing The Manor for its owner for the last six years. After Treen spent about two-and-a-half months of negotiations with various parties, Trezel Golf recently came to a new 10-year lease agreement for The Manor with the owner, The Manor Golf Course, LLC.

The deal was made possible by Longwood University and Hampden-Sydney College.

“They have both made a long-term commitment to Trezel Golf, LLC to support The Manor with the use of the golf course for their teams and their golfing community,” Treen said.

He added that their involvement “gives us the financial assurance that we’re going to have a continuation of funds coming in and also allows us to say, ‘OK, well we’ll make the expenditures to fix the golf course up to make the improvements that need to be made in the golf course to enhance play, because we can’t just live off two colleges. We need to get other people out here playing.”

The property includes 1,100 acres, only 315 of which are occupied by the course, Treen said.

To be sustainable, the course, which opened in 2006, needs those other 785 acres to be developed. Treen noted that with an economy that is now thriving, hope is renewed that The Manor Golf Club will be here to stay.

Games were played Friday, Monday Another key injury made an already unenviable task even more difficult this past weekend for... read more