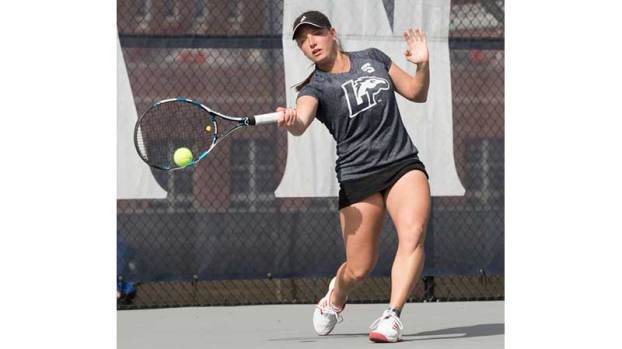 The veteran leadership of Longwood University’s women’s tennis team was on full display on opening weekend at the Liberty Invitational.

The Lancers’ returning core trio of juniors Jamie Breunig and Marija Venta and sophomore Yulia Almiron flirted with perfection in their fall debut, going a combined 7-1 in singles play at the two-day tournament hosted by Liberty University at The Cook Tennis Center.

Those three Lancers all finished with winning records at the five-team gathering, asserting their position  as the veteran core of the Longwood program heading into the 2018-19 season. Almiron was a flawless 3-0, Breunig finished 2-0, and Venta went 2-1, while all three won their final matchups in Sunday’s final day of competition.

The weekend’s breakout is the continuation of a of a 2017-18 campaign in which Almiron, Breunig and Venta played every single spring match in Longwood’s top three slots. They reasserted themselves as the current frontrunners in the lineup this weekend, grinding out five of their seven wins in three sets, including three comebacks from first-set losses.

“It was a good weekend against some very good teams and some great players,” said Director of Longwood Men’s and Women’s Tennis Jhonnatan Medina Alvarez, who led Longwood’s men to the semifinals of the 2017 Big South Championship before adding the women’s tennis team to his oversight during the offseason.