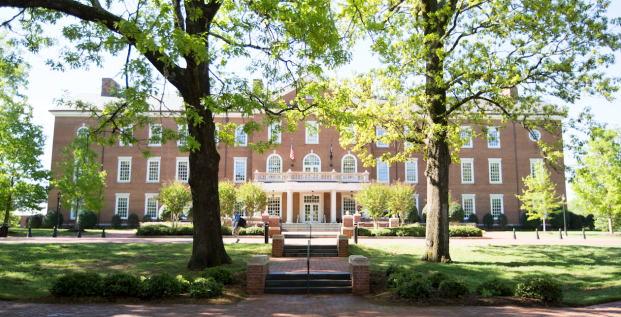 Ranking among the nation’s best

Officials noted in the release that according to The Princeton Review, Hampden-Sydney’s alumni network is now the fifth best in the nation, a move up from its ninth-place ranking last year.

In addition to H-SC’s new alumni network ranking, the school placed among the top colleges in the southeast and was recognized among “Colleges That Pay You Back,” a list of “best value colleges” that is “based on academics, costs, financial aid, debt, graduation rates and alumni career and salary data.”

The Walter M. Bortz III Library at Hampden-Sydney also placed in the top 20, maintaining the library’s consistent rank among the nation’s best since its debut on campus a decade ago, school officials stated in the release.

“We are also proud of the recognition the Bortz Library has continued to receive,” Stimpert said. “The library is much more than an impressive and stately building. It is a vital part of the academic experience for our students and faculty. When it is open, it is nearly always a hive of activity. It is where our students and faculty study and conduct research. It offers group study spaces where our students can collaborate on group assignments and projects. And it is also where our students can obtain academic and technology support services.” In her reaction to the library’s continued recognition, Bortz Library Director Shaunna Hunter-McKinney alluded to how The Princeton Review’s rankings are derived — student feedback.

“As Director of Bortz Library, I am proud that Hampden-Sydney students continue to value our library facility and its collections, services and staff enough to keep us in The Princeton Review’s top-20 Best College Libraries,” she said. “Some of the best college and university libraries in the country are on this list, including the University of Richmond and William & Mary this year, so we are in good company indeed.”

The release noted that H-SC’s recent plaudits come on top of the college’s top-10 ranking in The Wall Street Journal’s 2017 list of “Top Schools for Career Preparation.”

The Princeton Review rankings are derived from student surveys of 138,000 students at the 384 schools. The officials continued by adding that students are asked about the school’s academics/administration, college life, fellow students and themselves.

The release cited how The Princeton Review saluted Hampden-Sydney’s renowned rhetoric program for providing “Olympic-level training in writing and speech.”

Additionally, officials highlighted that according to The Princeton Review, students describe Hampden-Sydney faculty as “nothing short of excellent,” saying their professors “care deeply about each of their students.” Likewise, the student body is “a brotherhood rather than a group of peers,” comprised of “well-educated gentlemen” who are “always moving forward by pushing our peers and ourselves.”

The press release concluded by stating how The Princeton Review revealed H-SC is also a good place to have fun: “No matter what you decide to do in your downtime, you definitely won’t be bored,” a student was quoted as saying.