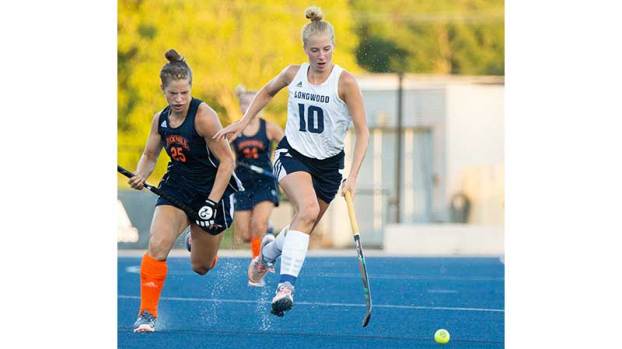 It took one of the top teams in the country to end the four-game win streak of Longwood University’s field hockey team.

Vying to finish out an unbeaten week that began with a historic upset of No. 20 Liberty University on Tuesday, the Lancers suffered only their second loss of the season, falling 5-0 to No. 17 Rutgers University on Sunday afternoon at the University of Michigan’s Ocker Field.

The Lancers, now 5-2 overall, entered the neutral-site matchup fueled by the program’s best start of its Division I era, but the high-powered Scarlet Knights offense asserted itself early and often to hand the Lancers their first loss since a 2-0 defeat at the hands of No. 7 University of Virginia on Sept. 2.

“Rutgers is a good team, and it was maybe one game too far for us in the past seven or eight days,” said Longwood Head Coach Iain Byers, whose Lancers were playing their third game of the week Sunday after defeating Liberty on Tuesday and Mid-American Conference (MAC) foe Central Michigan University 3-0 on Saturday.

“Maybe our legs just got a little tired, but it was a disappointing performance and not really excusable,” the coach continued. “We’re going to learn from it and push on.”