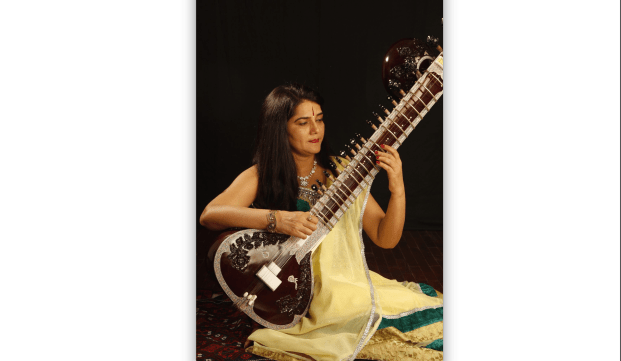 Chamber Music Series will present a concert of North Indian classical music by the prominent sitarist, Suman Sharma, Sunday, Sept. 16. Free and open to the public, the concert will take place in the Molnar Recital Hall of Wygal Music Building at 4 p.m., with doors open at 3:40 p.m.

Dr. Suman Sharma is a traditional classical sitar player from India. She started training in traditional Indian classical music at a young age and won several awards in India. She received the doctorate in music from Delhi University under the guidance of the renowned sitarist, Pandit Debu Chaudhuri.

After completing her studies, she moved to the Washington D.C. area, where she has since established herself as a leading professional performer and sought-after teacher. She has performed at the Kennedy Center, University of Virginia, Virginia Tech, GMU, Maharishi University of Management and at many cultural events on the East Coast. She has recorded several music albums and has authored two books on Indian Music. Her CDs and books are available on Amazon.

Dr. Sharma is a passionate and fluent advocate of Indian classical music. Also trained in the practices and traditions of Western European music, her presentations include remarks explaining the meanings and techniques of Indian music for American audiences.