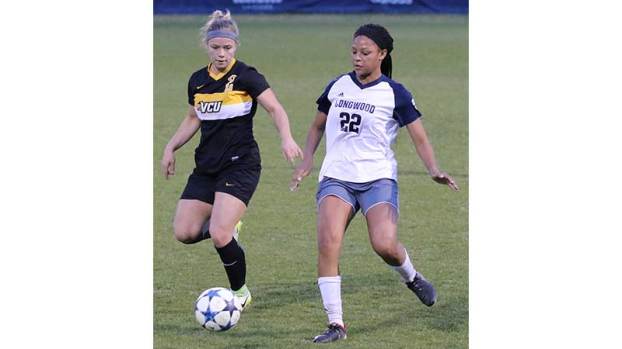 Lofty expectations for Lancers on the pitch

In the annual Big South Preseason Coaches Poll, the conference head coaches collectively predicted a second-place finish for the Lancers and for reigning Big South Defensive Player of the Year Sydney Wallace to repeat as the conference’s top defender.

That preseason No. 2 prediction is Longwood’s highest since joining the conference in 2012, while Wallace’s prediction as player of the year gives the Lancers their first such Big South preseason award.

“We have a ton of respect for all the programs and coaches out there and certainly value their opinions,” said Longwood Head Coach Todd Dyer, who was the 2017 Big South Coach of the Year for women’s soccer. “But the only poll that matters to us right now is the one at the end of the season. We’ve set some goals and are now five days into the journey of achieving them, so our focus is to keep working, building and improving every single day from now until November.”

The lofty predictions for the Lancers come on the heels of their breakout 2017 campaign during which they finished 13-5-3 and stormed to the Big South Championship game for the first time in program history.

The Lancers, who have earned top-four spots in five of the past six Big South preseason polls, are eyeing a return to the Big South title game as they enter their milestone 25-year anniversary season in 2018. Led by Dyer, the program’s founder and only head coach in its history, Longwood has thrice earned top-three finishes in the final Big South standings and finally broke through for their first championship game appearance this past November. After leading the Big South in shutouts (11) and goals against average (0.55) in 2017, the Lancers came within one goal of clinching what would have been their first Big South title before falling 1-0 to High Point.

But Longwood’s road back to the postseason this year will take a slightly different route with longtime Big South rival Liberty University no longer in the conference and newcomers University of South Carolina Upstate and Hampton University now joining the fray. After opening the season with two exhibition games and seven non-conference games, Longwood will embark on a second half that features a 10-game Big South slate. Included in that gauntlet will be road games at each of Longwood’s fellow top-five preseason poll selections.

The regular season serves as a qualifier for the Big South Championship tournament, with the top eight teams in the standings receiving postseason bids. Last year the Lancers earned the No. 3 seed and first-round hosting duties, using that home field advantage to take down No. 6 seed Charleston Southern 3-0 before upsetting No. 2 seed Liberty 2-0 in the semifinals.

This year’s Big South Championship tournament is slated for Oct. 26-Nov. 4 with quarterfinal games at the home sites of the top four seeds, followed by the semifinals and finals at the Sportsplex at Matthews in Matthews, North Carolina. The winner of the tournament will receive the Big South’s automatic bid to the NCAA Championship.

After hosting commonwealth rival Virginia Military Institute on Monday for an exhibition matchup, the Lancers will host Old Dominion University in another exhibition match 7 p.m. Friday at the Longwood Athletics Complex.