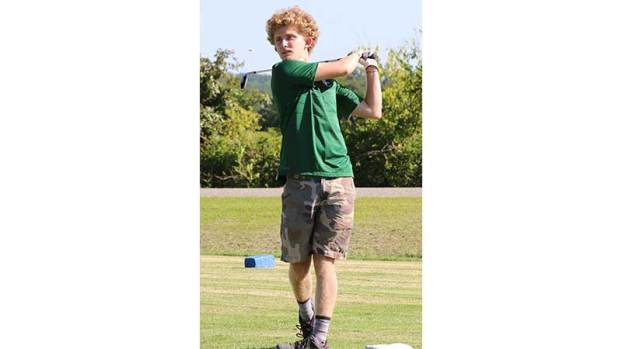 Buckingham County High School senior Peyton Taylor has been his team’s No. 1 golfer this year. (Photo by Titus Mohler)

Knights Head Coach Tim Hoag affirmed that it is still difficult to form a Buckingham team out of athletes who are dedicated golfers because other sports in the county remain quite popular. But though golf is not a year-round sport for Buckingham’s team members, Hoag still sees the potential for them to grow and produce solid play on the links.

“I still think they’re all capable of shooting around 200 as a team,” Hoag said of his players on Aug. 23. “There really should be no reason why we shouldn’t shoot 200 this year, but it means all four of them have to really do close to their best. They’ve all shot in the 40s at times, individually, but we’ve never had it as a team that way.”

Buckingham produced its best score yet Tuesday, shooting a 202.

After Thursday’s match, the Knights return to action Sept. 6.