The third annual Supporting Outstanding Urban Projects (SOUP) event — one hosted by Farmville Downtown Partnership (FDP) that offers grants to proposed projects benefiting the community — is set for March 23 at 6 p.m. and will take place at the Longwood Center for the Visual Arts. 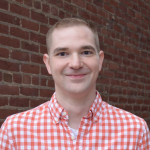 FDP Program Manager John Burton said a committee met last week that narrowed down the pool of proposals to their top five. Currently, FDP is in the process of reaching out to the top to let them know they’ve been selected and give them information for proposing to the community at large on the night of the event.

During the SOUP event, those chosen will present their proposal and those in attendance will write on paper which proposal they’ll vote for. Soup will also be served at the event.

Burton said they had 10 proposals total this year, which is less than previous years.

“The first year that we did it was kind of scattershot and people not really understanding the process or what type of projects would be best suited towards it,” Burton said. “The number of proposals has gone down over the years but the quality of proposals will go up.”

‘Longwood at its finest’

Members of the Farmville community decked out in gowns, suits, and enjoyed area artwork, food and dancing during the Longwood... read more