A grant allocated to the Heartland Industrial Park with the Virginia Department of Transportation (VDOT) and plans to potentially develop a shell building at the site is moving forward, a representative of VDOT and a member of the Heartland Regional Industrial Development Authority both confirmed.

Paula Jones with Virginia Department of Transportation (VDOT) said Monday the department met with Charlotte County to discuss the project. 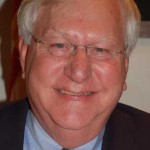 “The project is still moving forward,” Jones said. “We are in the process of developing an updated schedule and cost estimate, and intend to now build this project with state forces. As a result we anticipate an accelerated delivery of this ‘Smart Scale’ project.”

A description of the project application, submitted by Charlotte County Purchasing Agent and Planner Monica Elder, is listed on the Virginia.gov Smart Scale portal. It detailed three phases and estimates of schedule.

The first, with an end date of December 2017, estimated $75,000 for survey and design of the property. The second phase, Right of Way and Easement Acquisition, Utility Relocation, totals an estimated $299,265. The third phase, Construction, Oversight, Inspection, Contingencies, totals $414,932 with an estimated end date of August 2018.

The total requested funds for the project, according to the description, comes to approximately $789,000.

The application was deemed justified by representatives of the SMART SCALE project, which is represented by VDOT and the Virginia Department of Rail and Public Transportation in October 2015.

“As you are aware, the Heartland Park is conveniently located on Hwy 360, a 4-lane East/ West highway,” Timmons said in a December statement. “The park also has paved infrastructure with water, sewer, power, and high speed internet. One of the driving factors for most companies that are planning to relocate or expand into different geographic areas is the time it will take to have the operation up and running. As such, most companies are looking for space that is readily available to substantially reduce the time for its new location to be up and running at capacity.

A business owner recently questioned whether Charlotte County’s decision to pursue a grant to create an entrance on the west side of U.S. Route 360 or move forward in developing a shell building could have been better spent on other projects.

Ken Morgan, who owns Morgan Lumber in Charlotte County and is the brother of Charlotte County Wylliesburg / Red Oak District Supervisor Kay Pierantoni, said he believes the resources could potentially be spent in other ways.

“From a business perspective, I believe that the resources, financial, time, all resources invested in the industrial park, the various counties could accomplish more as far as a progressive industrial climate (by) having a better dialogue with existing businesses, work with businesses who are already in place,” Morgan said.

He noted he has had a good relationship with the county, but worried about the project’s cost and potential impact on the county.

“Work for those businesses to grow rather than go and expand the park that’s basically vacant on one side and has been for many, many years and to me, again from a business perspective, it is just bizarre to put up a shell building and not really have any idea of what size of business may want,” Morgan said. “It’s very risky, and very unproductive. I wouldn’t think if I was an investor, I wouldn’t think about investing in something like that. First you need to try to get a commitment from a business, and then maybe work with them on putting up a building.”

The Farmville Town Council voted Wednesday for moving a Conditional Use Permit, which was applied for by Robert “Bobby” and... read more