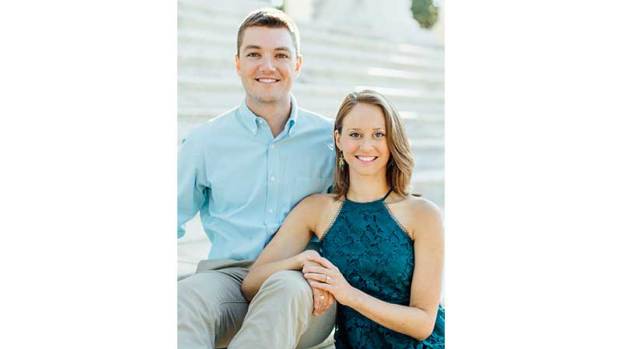 Lindsey Johnson of Harrisonburg, Virginia and Evan Rosson of Edinburgh, Scotland would like to announce their upcoming wedding.  Lindsey is the daughter of Drew and Maggie Johnson of Farmville, Virginia and Evan is the son of Erin and Scott Rosson of Cincinnati, Ohio.  Maternal grandparents are Mr. and Mrs. A. Patrick Prest of Richmond, Virginia and David Wallwork and the late Betty Jo Wallwork of Farmville, VA. Fraternal grandparents are Ms. Doris S. Rosson and the late David R. Rosson of Cincinnati, Ohio and Ms. Laura M. Cox and the late George W. Cox of Muncie, Indiana.

The wedding will take place on the Johnson family farm in Buckingham, Virginia on June 16, 2018.

A nuptial first for High Bridge