A fourth person has been convicted in impeding the investigation of the May 11 murder of a Pamplin man, Donnell Green. 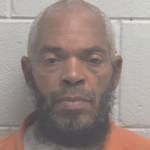 According to Prince Edward Commonwealth’s Attorney Megan Clark, Kevin Blow was convicted of obstruction of justice Jan. 29 for providing transportation to Mario Lamon Redfearn from Prince Edward County to Richmond.

Clark said the commonwealth would be able to prove that although Blow believed that Redfearn was involved with something in the county, Blow had no idea of the extent of the allegations against Redfearn.

According to the Virginia Courts Case Information System, Blow received a sentence of 12 months in jail with 12 months suspended. He will be required to serve five years of unsupervised probation and pay court costs of $817.

Officer’s responded to Green’s residence May 11, 2017 and found he had been shot. He was then transported to Centra Southside Community Hospital, where he was pronounced dead at that point in time.

Prince Edward County Sheriff Wesley Reed said at the scene of the incident that deputies had one person of interest under arrest, Lark, and they were looking for several others.

Clark said had Lark gone to trial for the charges against him, the commonwealth’s evidence would have shown that Lark went to a residence in Prince Edward County to confront individuals he believed robbed his brother, Mario Redfearn.

“Once there, Lark fired shots into the residence at the location, and Donnell Green, the decedent, was shot in the pelvis area,” Clark said.

Three others have been convicted since that time in connection to impeding the murder investigation.

Tiana Vicktoria Redfearn, of Pamplin, was convicted of providing false information to a criminal investigator in Prince Edward County General District Court on Aug. 8 according to dispositions compiled by the court.

She was sentenced to a suspended sentence of 12 months in jail with six months supervised probation.

According to Clark, Tiana is the sister of Mario and Lark.

“This charge stemmed from the investigation conducted (regarding) Mario Redfearn’s whereabouts after he was charged with murder and use of a firearm in the commission of a felony,” Clark said, referring to Tiana’s charge of providing false information to a criminal investigator.

Woodlee Jermaine Fraley, 32, of Philadelphia, Pennsylvania, was convicted in Prince Edward County General District Court on Aug. 22 of impeding law enforcement and sentenced to 12 months in jail with 11 months suspended.

Clark said Fraley, a relative of Mario and Lark, was originally charged with being an accessory after the fact of homicide.

“This charge stemmed from Fraley’s involvement in transporting Mario … to Philadelphia,” Clark said. “He came from Philadelphia to Fredericksburg to pick Mario up.”

She said even though Fraley admitted to picking Mario up, the evidence would have shown that he did not know the extent of Mario’s alleged involvement in the death of Green.

“The evidence would show that (Mario) alleged he was in trouble and had been robbed,” Clark said. “As such, an agreement was reached to amend the charge to obstruction.”

According to Clark, Waymon Clark Jr., of Philadelphia, Pennsylvania, was convicted Sept. 12 in connection with Mario Redfearn. Waymon was convicted on a charge of obstruct or resist without force, which was an amended charge from accessory after the fact of homicide.

“(Mario) was located at Clark’s home in Pennsylvania,” Clark said. “The commonwealth’s evidence would have shown that Clark — one of Redfearn’s family members — had knowledge that Redfearn was wanted in Prince Edward County and allowed Redfearn to stay at his home.”

Mario Redfearn will be on trial April 12 for first degree murder and use of a firearm in the commission of a felony.

A man was arrested Jan. 25 in Cumberland County on child sexual assault charges. Bruce Cox Jr. According to the Virginia... read more