The Heartland Industrial Park in Charlotte County and members of the Heartland Regional Industrial Facility Authority responded to concerns from residents about the impact of the park and a lack of business alleged to be in the area. 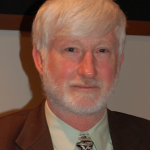 Gary Walker, chairman of the authority and chairman of the Charlotte County Board of Supervisors, said the park has been funded by grants from the Virginia Tobacco Region Revitalization Commission among other organizations.

Previous reports from the Herald cite that six counties — Amelia, Buckingham, Cumberland, Charlotte, Lunenburg and Prince Edward — had established the authority to create the industrial park. The park is nearly 773 acres, with 402 of those acres being suitable for construction, according to the 2016 report.

The Virginia Growth Alliance (VGA) holds its office in the park. The office is also the site of the industrial authority, which meets every three months. 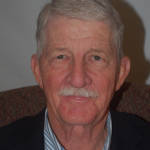 Authority members cited in the report that the upkeep of the park is not paid by the counties.

ForestPro, a company that sells logging equipment, is in the process of building a facility just west of the park sign.

Walker said in a Friday phone interview that development of the industrial park and economic development can be a long process.

“If you check with Lunenburg, and Amelia, and Cumberland and Buckingham, you realize they all have the same issues that we have,” Walker said. “But if there were no Heartland Park, how would we even attract any industry to even come and look?”

He also said that when collaborating with representatives from the tobacco commission and an economic development organization in Richmond, they had made the suggestions to include features that are present in the park, including having installed water and sewer and internet access.

He said the regional authority includes representatives from Prince Edward, Cumberland and Buckingham counties, in addition to Lunenburg and Amelia counties.

Prince Edward County Administrator and alternate member of the authority Wade Bartlett said a conflicting meeting prevented him from attending the meeting during the broadcast, but he held Walker’s view that economic development may take time.

“Infrastructure like industrial parks and water lines and roads are long-term investments,” Bartlett said, “and while you may not achieve immediate success, in the long term, those investments will help bring jobs and taxable investments into your community.”

Referencing the statements given by members in the WDBJ-7 broadcast, Bartlett said members of the authority will work to address concerns at future meetings.

The real estate market in the Heart of Virginia was strong throughout 2017 and looks to be continuing into 2018,... read more